Our award-winning team has over 50 years combined experience, and we are officially appointed to represent the leading venues, teams and events which include being selected as the VIP ticket partner for the London Olympics 2012 and the Rugby World Cup 2015.

Enjoy our premium services on the go with the latest news, premiere tickets, offers, and a global concierge in your pocket with the Sincura Concierge App.

Our tickets for theatre include:
- The arts including ballet, dance and opera.
- Events and exhibitions from cirque du soleil to the ideal home show
- Comedy from west end to latest stand up
- Attractions from sightseeing tours to zoos and aquariums
- Plus much more with special offers and dinner and show packages

We are extremely excited to share with you the news that we are now live with over 45 Broadway shows online. Productions now on sale include; Frozen, Aladdin, Beautiful, The Lion King, The Book of Mormon, King Kong, Pretty Woman, Mean Girls, Blue Man Group, Moulin Rouge and more! Recently.
We also offer tickets to West end shows, musicals and many more,

Visit our online booking portal below

Witness your favourite movies and books, in musical form.
Musicals like Frozen, Aladdin, Lion and many many more are sure to keep you entertained.

Hamilton is an American musical sung-and-rapped-through musical by Lin-Manuel Miranda.
The story is about the Founding Father Alexander Hamilton.
Miranda was inspired to write the musical after reading the 2004 biography of Alexander Hamilton by Ron Cherrow, expect heavy amounts of Hip Hop, R & B, Pop, soul and traditional style show tunes.

Phantom of The Opera

The Phantom of The Opera is the winner of 7 1988 Tony Awards including Best Musical, and now the longest-running show in history.
The playbased on the 1910 novel by Gaston Leroux.
The play tells the story of a hideously deformed Phantom who lurks beneath the stage of Paris Opera, exercising a rein of terror over its occupants, the Phantom falls in love with the young soprano devoting himself to creating a new star for the Opera.

Les Miserables or more commonly known as Les Mis is a musical and an adaption of Victor Hugo's 1862 novel of the same name.
This accalimed fully-staged new production of Boubil and Schönberg's Les Misérables reopens at London’s Sondheim Theatre.
The Magnificent score of Les Mis includes the songs; I Dreamed a Dream, On My Own, Bring Him Home, One Day More, Master of The House and many more.
Seen by over 130 million people worldwide in 53 countries and in 22 Languages, Les Mis is definetly one of the world's most popular musicals.

Incredible special effects, stunning costumes and jaw dropping scenery; All this and more with the wonderful and spectacular Frozen The Musical.
Experience your favourite Frozen songs once again along with some new ones by Grammy and Academy Award-winning writers Kristen Anderson-Lopez and Robert Lopez.

A musical suitable for children, the plot is loosely based on the classic story of the same name but the gender relationships are recast.
This musical teaches you that it's better to be your true self rather than someone else.

Celebrating 15 Years at the Apollo Victoria Theatre, Wicked is back.
Wicked is based on the 1995 novel by Gregory Magurire, Wicked: Life of the Wicked Witch of the West.
Already the 9th lngest running West-End musical of all time, Wicked has been seen by over 10 million people in London alone and almost 6000 peformances.

Experience stunning artistry, unforgettable music and the exhilarating choreography of this musical theater phenomenon.
The amazing tale of hope and adventure, The Lion King has found its way into the hearts of millions.
Winner of six Tony Awards including Best Musical, Disneys' The Lion King showcases the talents most acclaimed creative yeams.
Book now and witness a puurfect performance.

Back to the Future: The Musical

Prepare to get launched back into past and witness Back to The Future once again in musical form.
Based on the classic 1980s film, this musical will star Olly Dobson, and the Tony Award-winning Roger Bart.
Directed by the Tony Award-winning John Rando, it features a score by the film composer Alan Silvestri and Glen Ballard.

Theatre Location
The Other Palace, London

The Choir of Man

The Choir of Man is the runaway hit of the international music and theater scene from the creative minds of Nic Doodson and Andrew Kay – the team behind Gobsmacked!, The Magnets and the Soweto Gospel Choir.
This show is 80 minutes of unadulterated entertainment that combines high energy dance, live music and foot stomping choreography with the incredible talent of 9 ordinary guys who perform everything from sing-along classics to classic rock.

Bring It On: The Musical

Loosely based on the 2000s film by the same name, Bring it On, the musical takes you on a high-flying energy-fuelled journey which takles friendship, jealousy, betrayal and forgivesness.

Pretty Woman: The Musical is back in the West End!
It's time to experience Hollywood's most beloved romantic stories of all time live on stage at it's glamorous new home - the Svaoy Theatre.
Pretty Woman: The Musical features direction and choreography by two-time Tony Award winner Jerry Mitchell, an original rock score by Grammy winner Bryan Adams and Jim Vallance.

Book seats to plays that keep you on the edge of your seat, gain access to unforgettable experiences and witness magic before your eyes.
Here at Sincura we offer seats to the best Broadway Way and West End shows.

To Kill A Mockingbird

To Kill a Mockingbird is a 2018 play based on the 1960s novel of the same name by Harper Lee, , adapted for the stage by Aaron Sorkin.
It opened on Broadway at the Shubert Theatre on December 13, 2018.
The play is set to transfer to London's West End at the Gielgud Theatre in March 2022.
The show follows the story of Atticus Finch, a lawyer in 1930s Alabama, as he defends Tom Robinson, a black man falsely accused of rape.
Varying from the book, the play has Atticus as the protagonist, not his daughter Scout, allowing his character to change throughout the show.

Based on one of the most extraordinary and best-loved works of fiction - winner of the man Booker Prize, Selling over fifteen million copies worldwide - and breath-taking puppetry and state-of-the-art visuals, Life of Pi is a universally acclaimed, smash his adaption of a journey of endurance and hope

Based off from Susan Hill's classic book, The Woman in Black has been thrilling London audiences since 1989.
Prepare to jump out of your seats in fear for this spine tingling play.
The Story revolves around a junior solicitor, Arthur Kipps, where he journeys to the funeral of a client.

Watch the best comedies in Broadway and the West End, from Comedies like the Book of Mormon to Magic gone wrong, this is something that you don't want to miss.

The Book of Mormon

The Book of Mormon is the winner of 9 Tony Awards and four Olivier Awards, including Best Musical For both.
It follows a pair of Mormon boys sent on a mission to a place that’s about as far away a from Salt Lake City as you can get.

Created by the famous magicians Penn & Teller, Mischief Theatre conjure up an evening of grand illusion.
In this Goes Wrong Comedy, the original Mischief Company play a hapless gang of magicians presenting a charity event.

The Play That Goes Wrong

This hilarious play holds many awards: 2017 broadway world winner for best new play, 2016 Olivier Award Winner for Best New Play.
The Cornley Polytechnic Drama Society are putting on a 1920s murder mystery, but as the title suggests, anything can go wrong. 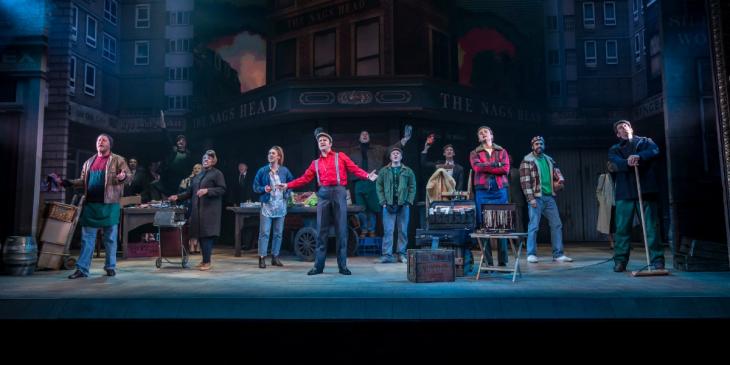 Only Fools and Horses

Only Fools And Horses is a 2019 stage musical with book, music and lyrics, it is based on John Sullivan's BBC television sitcom of the same name.
The Plot compresses more than 20 years and 60 episodes of the show into a two-hour tale in which Rodney and Cassandra are making wedding preparations, Boycie and Marlene are trying to concieve, and Del Boy goes into a dating agency. 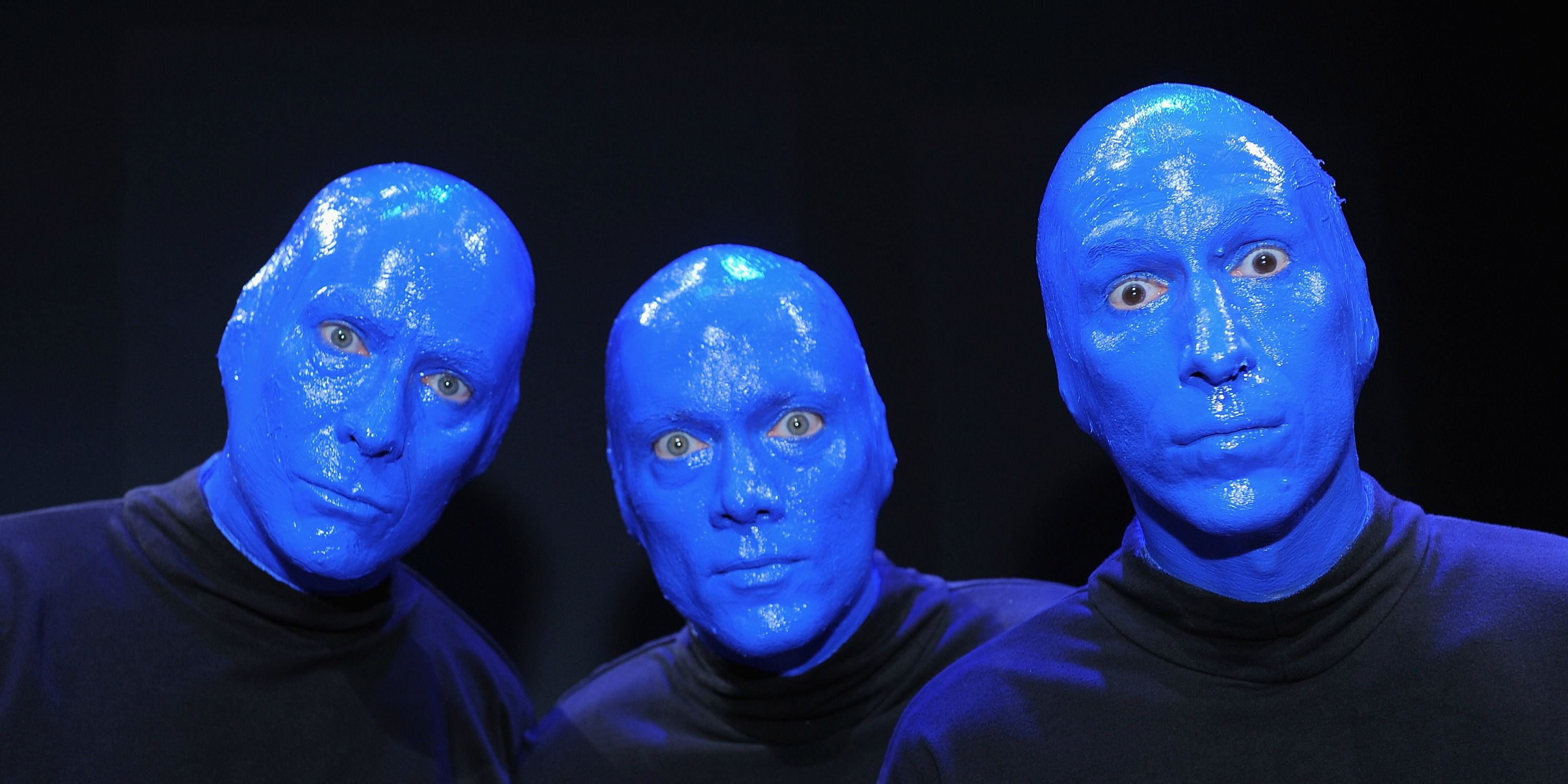 The Blue Man Group is widely known for their theatrical shows and concerts which combine, music, comedy and multimedia theatrics to produce a totally unique form of a Blue Man Group experience.

Repeatedly voted the best concierge in the world for both personal and business clients, our multi award-winning team do it better than anyone else, 24 hours a day, 365 days a year, in every corner of the world.

DOWNLOAD THE SINCURA APP
FOR ALL THE LATEST NEWS, TICKETS AND OFFERS

With articles loaded each day - you can be the first to hear the latest news or be offered exclusive tickets and VIP access through our App.
And it's free to download. Search Sincura in your App Store.

We are very proud of the Sincura Tickets service – we now supply tickets to over 180 hotel concierges, businesses, credit card companies, and private and corporate clients both in the UK and Worldwide.

We continue to lead the industry with service and access to tickets - and are unbeatable on prices as we are the primary market.

But don't take our word for it - read some of our feedback below from our clients.