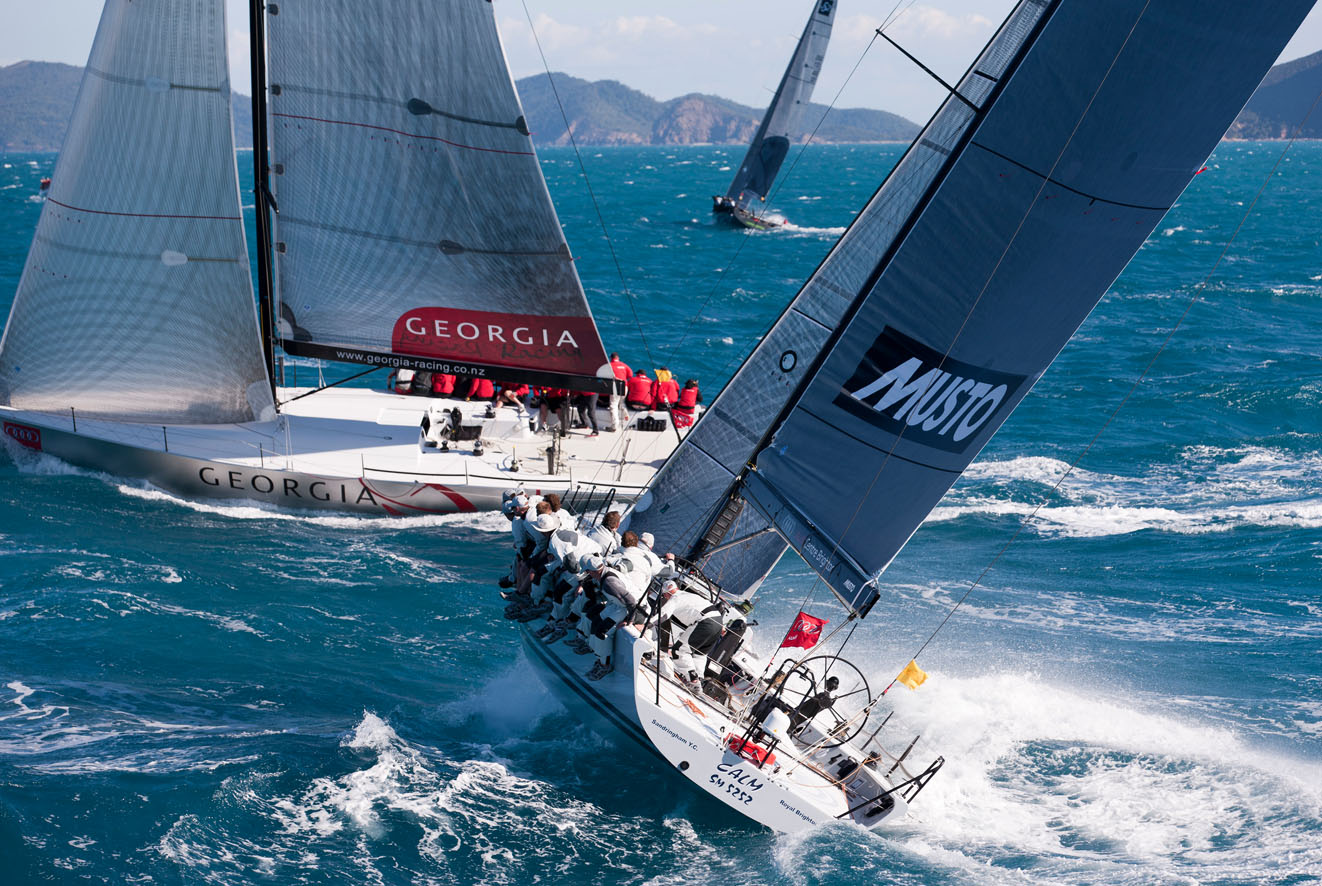 Cowes Week is one of the UK’s longest running and most successful sporting events and is a key highlight of the British sporting summer. It has been held in early August every year since 1826, except during the two world wars.

Traditionally, Cowes Week takes place after Glorious Goodwood and before the Glorious Twelfth (the first day of the grouse shooting season) – occasionally the traditional dates are changed to ensure optimum racing, taking account of the tides or, as in 2012, to avoid a clash with the Olympic Games. Over the years the event has attracted British and foreign royalty, and many famous faces.

Oracle Team USA stands to defend the America's Cup in July 2018 on behalf of the Golden Gate Yacht Club. Bermuda is slated to host the Cup, where racing will take place on the Great Sound. achts from France, Japan, New Zealand, Sweden, and the UK remain in the competition to challenge for the cup with preliminary races occurring in Portsmouth, Gothenburg, and Bermuda.

The American Cup is the oldest sporting trophy in the world and is a true spectacle to view.

The Rendez-Vous 2018 Tall Ships Regatta is truly the adventure of a lifetime. Sailing in the wake of the great explorers, you could be travelling 7,000 nautical miles across the Atlantic, visiting seven different countries, and taking part in five races. Or at least some of it. The event celebrates the 150th anniversary of the Canadian Confederation through its founders and founding provinces, which is a unique chance to commemorate the rich history of sailing in Canada and around the world.

Up to 40 vessels will be crossing the North Atlantic Ocean and you could be on one of them – up to around 3,000 trainees could take part.

YOUR OWN SINCURA CONCIERGE MANAGER

Included in the price of the ticket is your own Sincura Event Manager, a member of our award winning concierge service. They will contact you to discuss your itinerary for the event, any special requirements you may have from wheelchair access to dietary requirements, and to answer your questions. They are also available to help you arrange your own itinerary from travel, hotels and restaurants to stylists to ensure you look your best.

You will be given their personal details including their mobile number for any emergencies you may have. They will also follow up after the event to ensure it went well and you will be added to our latest news and offers, including the uber-exclusive monthly members' bible. to keep abreast of everything happening in your city.

LEADING THE INDUSTRY IN HOSPITALITY

Are you looking for innovative and new hospitality ideas that your clients will talk about for years to come? Rather than the standard cricket, rugby, and football packages why not bring your guests to a film premiere, enjoy backstage passes at Glastonbury Festival, London Fashion Week, or a private table at the BRIT Awards. How about a masterclass with a Michelin starred chef, become lords of the manor for the weekend, or race cars with the Stig.

The Sincura Tickets team have two mission statements; to be able to source any ticket for any event and to beat the market prices. We have exceeded these expectations and now supply tickets to over 180 hotel concierges, credit card companies, and private and corporate clients both in the UK and Worldwide. We are the primary market and provide tickets to other agencies.  Our hand selected team has over 50 years’ experience in the industry. We are officially appointed to represent the leading venues, teams and events which include being selected as the VIP ticket partner for the London Olympics 2012 and the Rugby World Cup 2015.

PROUD WINNER OF CONCIERGE OF THE YEAR

Though we do sell tickets to the public, our tickets membership offer you many benefits and are aimed for those members that want access to the most exclusive tickets and to attend the leading events. Benefits include access to VIP-only tickets, your own dedicated Tickets Concierge Manager for sourcing tickets at trade prices, latest news and offers before the public. Plus you will receive a special events diary at the start of each month with over 300 of the most exclusive events in your city - from fashion and restaurant launches to music and sport.

You can enjoy free tickets throughout the year from Chelsea Flower Show to our film club with invitations to private screening evenings and  tickets to film premieres and galas.. If the events are your thing then you can join our VIP package with complimentary invitations to our exclusive member events including London Fashion Week and Henley Royal Regatta. All members are also invited to join us as our guests in our private box at Wembley for events including football, american sports, boxing, and music.

We also have packages for corporate clients and full concierge clients. Learn more about our packages and join by clicking below.

The Sincura Group support Hope and Homes for Children as our chosen charity. Every child wants a safe, loving family to grow up in. But over 8 million children, confined to orphanages and other forms of institutional care around the world, are being denied this with often catastrophic effects.  Orphanages do not protect children. They harm them. Children in orphanages are often subject to high levels of abuse and neglect. Without family to care for them, or friends to play alongside they live in a world without love. The impact of this can last a lifetime. Some don’t survive at all.  Orphanages deny children their voice, giving them no say or control over the decisions that affect them. Over 80% of the children confined to orphanages today are not orphans. They have at least one living parent or relative. With the right support, we can give children what they want and need most - a stable, loving family. By buying tickets through us you further support this charity.