We have exceeded these expectations and now supply tickets to over 180 hotel concierges, credit card companies, and private and corporate clients both in the UK and Worldwide. We are the primary market and provide tickets to other agencies. Our hand selected team has over 50 years’ experience in the industry.

We are officially appointed to represent the leading venues, teams and events which include being selected as the VIP ticket partner for the London Olympics 2012 and the Rugby World Cup 2015.

Enjoy our premium film services on the go with the latest red carpet news, premiere tickets, offers, and a global concierge in your pocket with the Sincura Concierge App.

Welcome to our guide to the 65th BFI London Film Festival (LFF). Annually organised, the largest UK film festival showcases a broad range of films from all over the world during the 12-day marathon for thousands of film enthusiasts.

As a thank you to Sincura members for their continued support we are delighted to invite you to attend a gala premiere. A pair of free tickets for the festival are available for our members, plus we have pre-event drinks receptions hosted by your account manager. 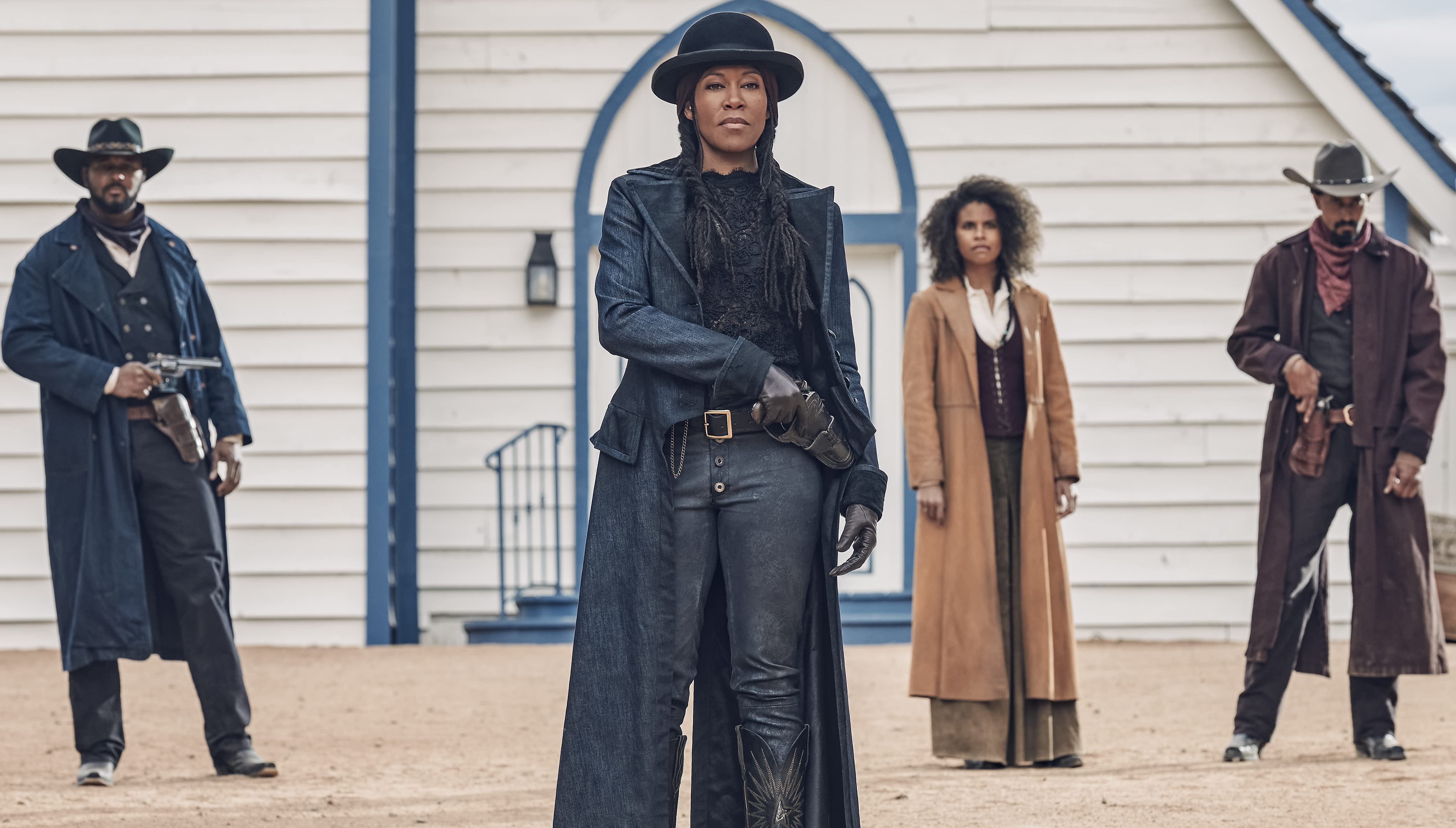 After discovering that Rufus Buck (Elba) is being released from prison who is the enemy of Nat Love (Majors), Nat is determined to track Rufus down and seek revenge using help from his gang.

Those riding with him in this assured, righteously new school western includes his former love Stagecoach Mary, his right- and left-hand men – hot-tempered Bill Pickett and fast drawing Jim Beckwourth – and a surprising adversary-turned-ally.

On the other side of the barricades the fearsome crew that know doesn’t know how to lose consists of Cherokee Bill and Trudy Smith which is led by Rufus Buck. 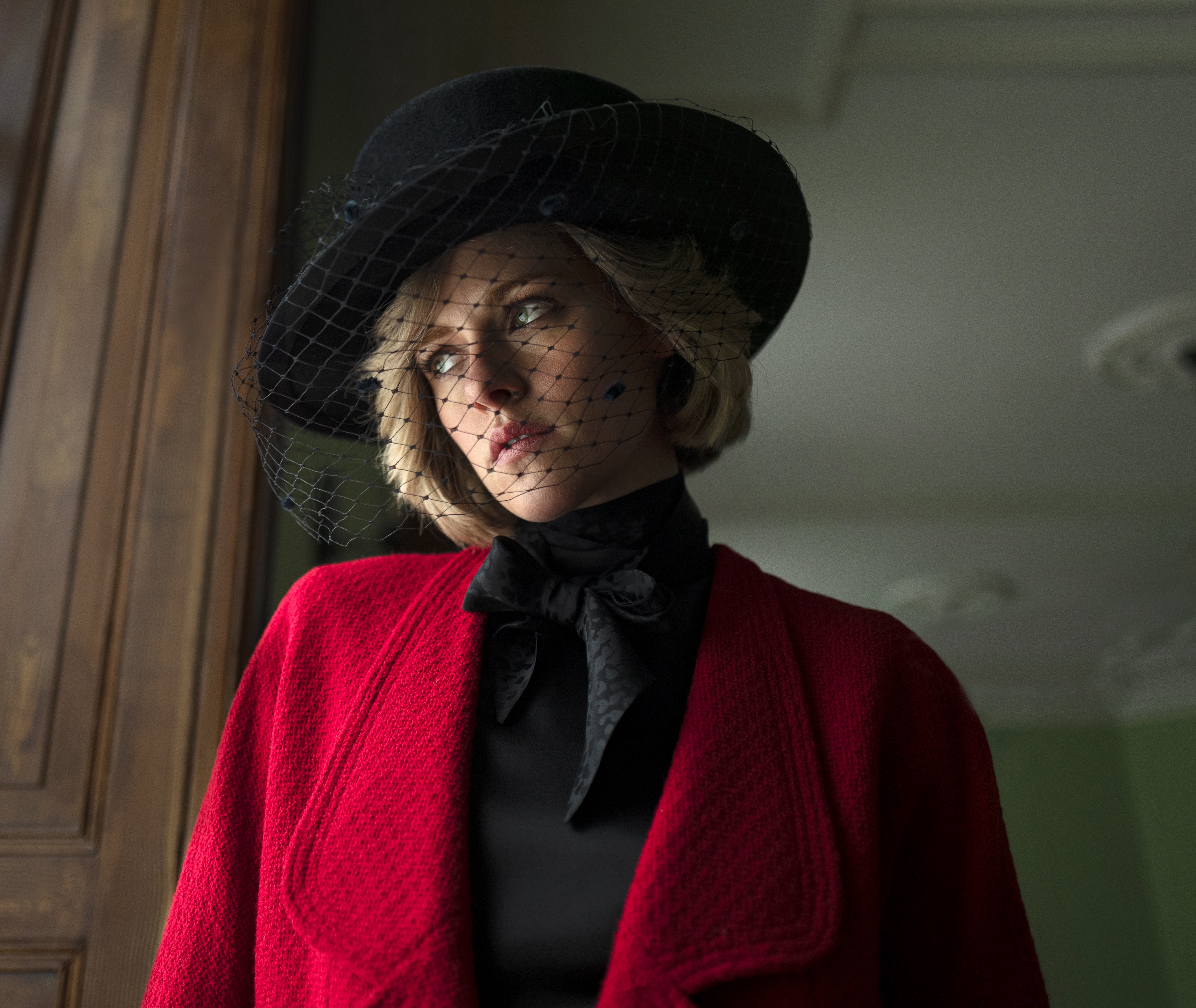 Pablo Larraín’s sublime ‘fable from a true story’ imagines a Christmas weekend at Sandringham in the early 1990s, as an unhappy Princess Diana contemplates saying ‘no’.

December 1991: The Prince and Princess of Wales’ marriage has long since grown cold. Though rumours of affairs and a divorce abound, peace is ordained for the Christmas festivities at Sandringham Estate.

There’s eating and drinking, shooting and hunting. Diana knows the game. This year, things will be a whole lot different. 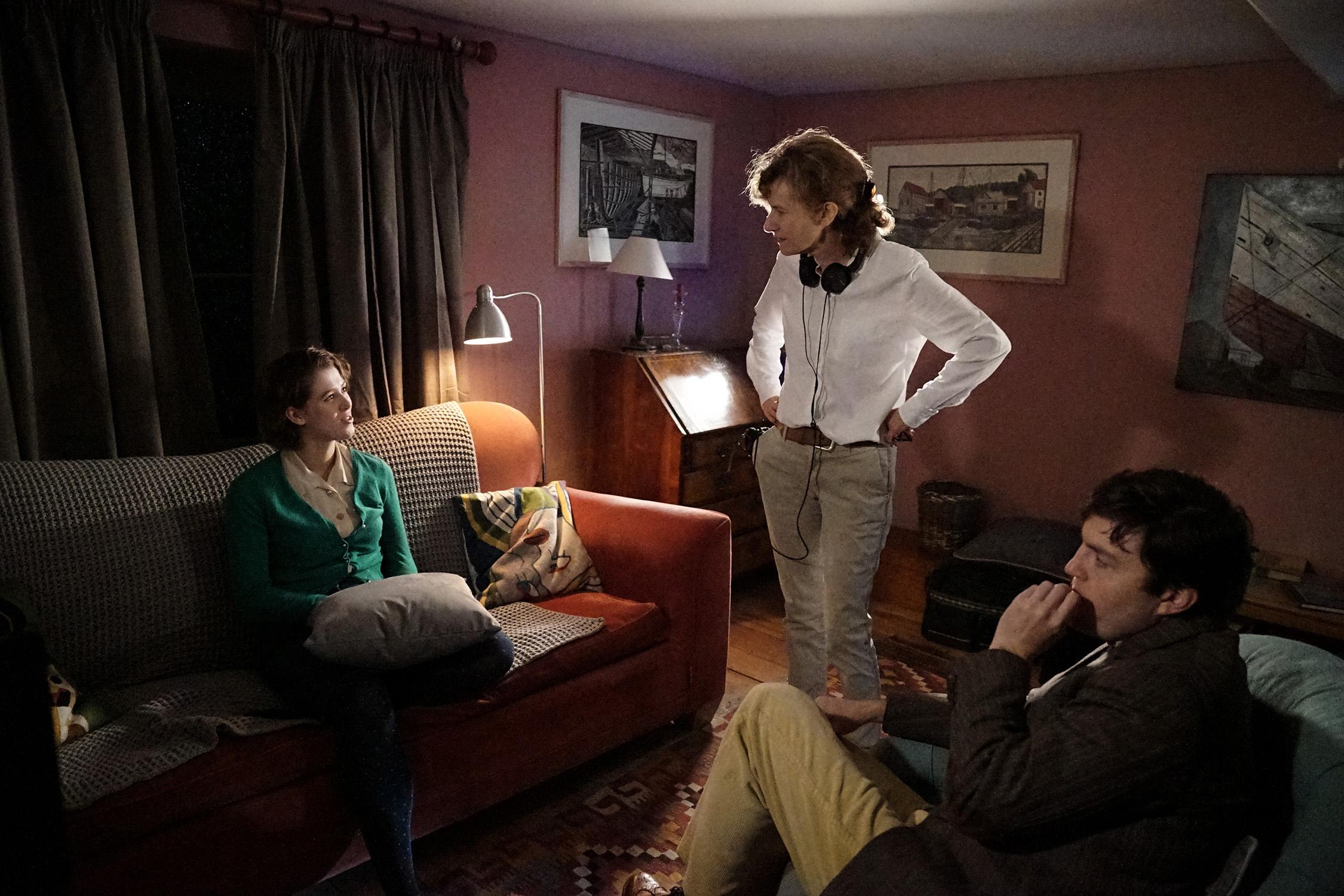 Joanna Hogg’s glorious follow up to The Souvenir sees Honor Swinton Byrne returning as Julie for this rich autofictional portrait of the birth of a filmmaker.

In the aftermath of her tumultuous relationship with a charismatic and manipulative older man, Julie begins to untangle her fraught love for him in making her graduation film, sorting fact from his elaborately constructed fiction.

Joanna Hogg’s shimmering story of first love and a young woman’s formative years, The Souvenir Part II is a portrait of the artist that transcends the halting particulars of everyday life — a singular, alchemic mix of memoir and fantasy. 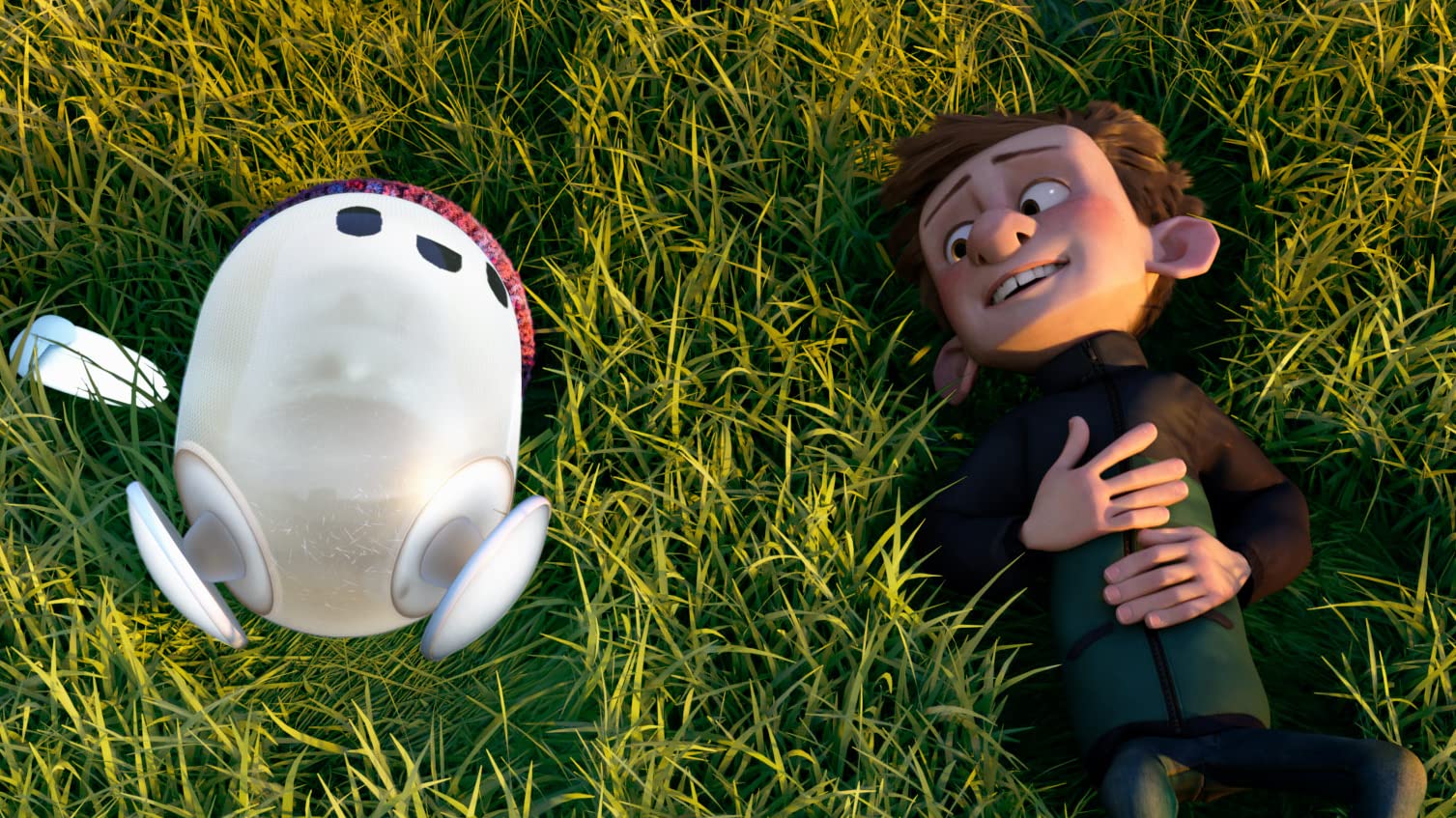 Ron, a Bubble Bot damaged in transit, is wreaking havoc and only young Barney can make things right, in Locksmith Animation’s hilarious debut.

Ron's Gone Wrong is the story of Barney, voiced by Jack Dylan Grazer, who's just gaining attention for his voice role in Pixar's Luca. The socially awkward middle-schooler is the last kid in town to get a Best Friend out of the Box, a robot buddy and the latest craze on the market.

When he finally does, he gets Ron (Galifanakis), who can't stop malfunctioning. So, he tries to teach Ron how to be human. 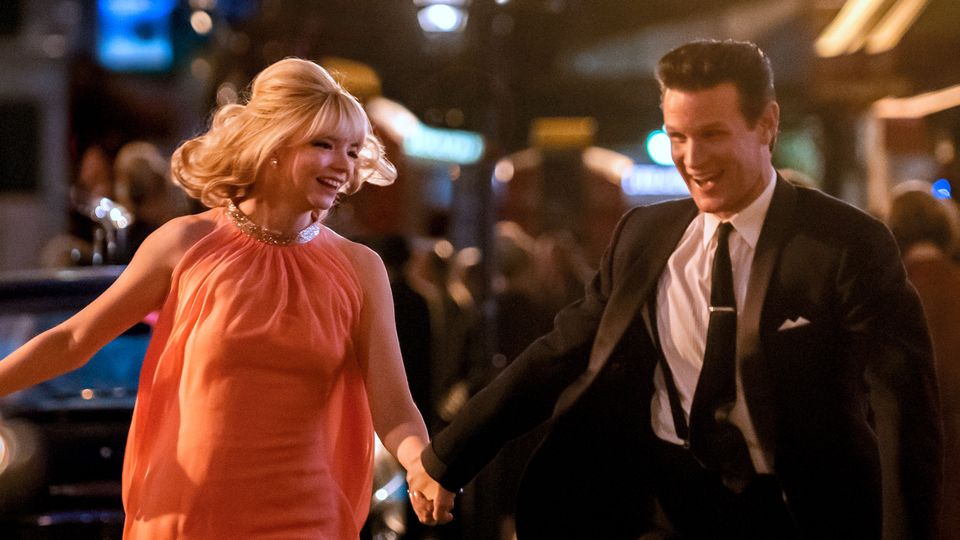 A young woman is transported back to the 1960s in this endlessly inventive, time-travelling horror fantasy from the brilliant Edgar Wright.

But the glamour is not all it appears to be and the dreams of the past start to crack and splinter into something far darker. 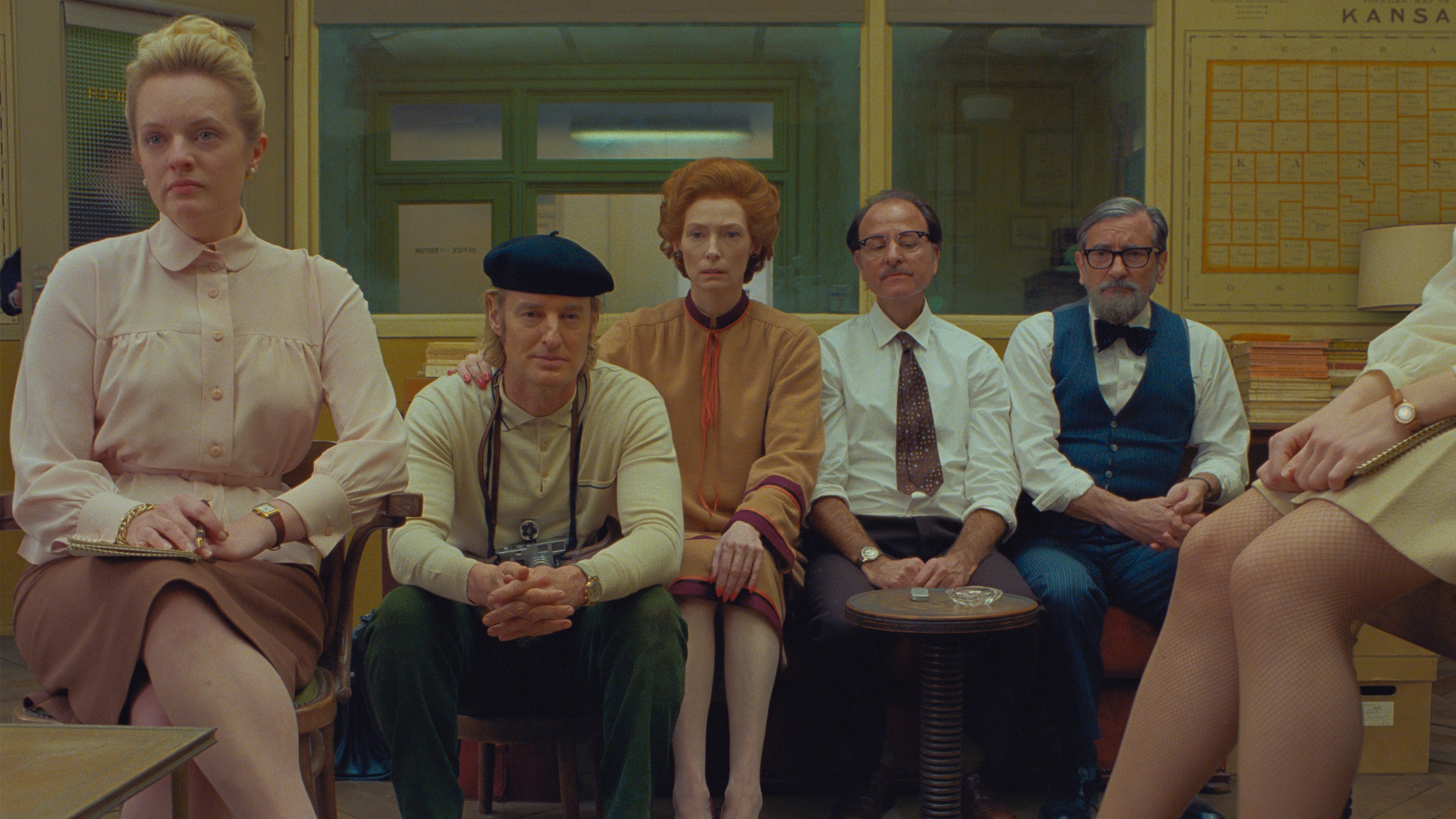 Wes Anderson’s delightful, star-studded homage to journalism and literary magazines is a feast for the eyes and a whip-smart comic delight.

The film is set in the 20th century and evolves around the eponymous The French Dispatch, a newspaper inspired by The New Yorker which operates in the fictional French town of Ennui-sur-Blasé.

Instead of following one story, the film features an anthology of intertwining short stories following the many characters that work for the newspaper and the people they encounter.

The story is about an American journalist based in France who creates his magazine and fights to write what he wants to write. 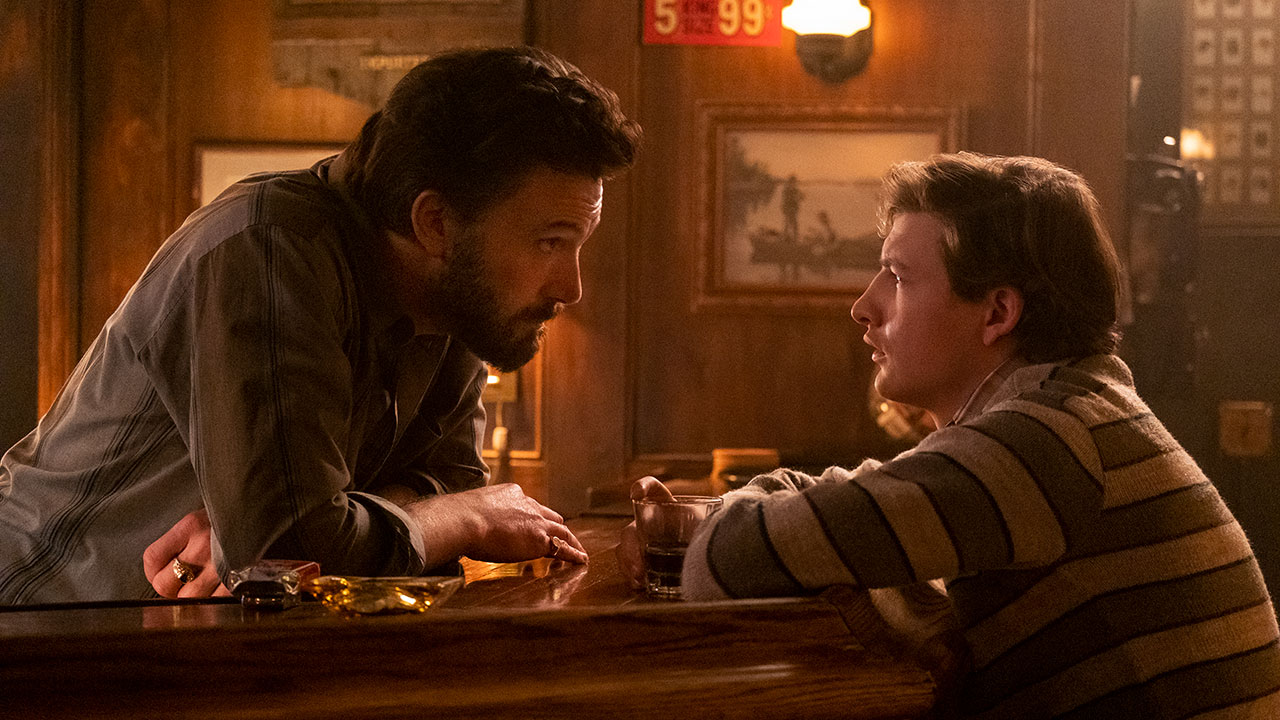 JR is a boy without a name and a father. At least, that’s the story according to many of the adults outside of his family.

But when his mother moves back into her childhood home, JR’s charismatic bar-owning Uncle Charlie (Affleck) is determined the boy doesn’t see
himself that way. Based on the memoirs of writer JR Moehringer and elegantly adapted for the screen William Monahan (The Departed),
Tender Bar is a poignant reflection on the ways in which the right influence, at just the right time, can have a profound impact.

AMERICAN EXPRESS GALA: THE POWER OF THE DOG 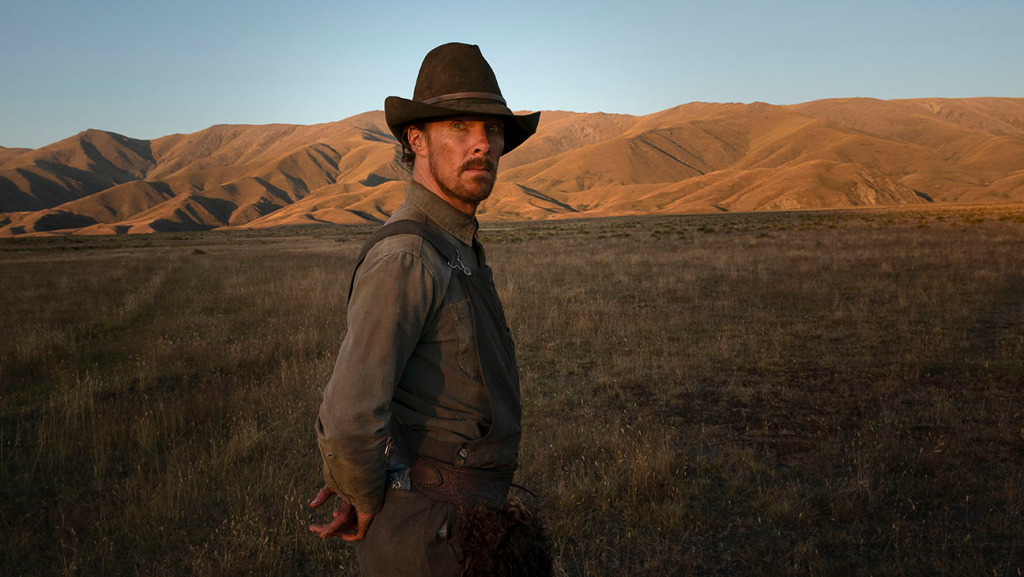 Jane Campion (The Piano, Top of the Lake) returns to the LFF with a beguilingly dark drama about two wealthy brothers in the America West.

Based on the novel by Thomas Savage, the film tells the story of a young boy meeting the menacing brother of his new wife.

He attempts to gain the trust and liking of his brother-in-law but quickly realizes that this may be a mountain too tall to climb.

Will he be accepted as a new member of the family, or will he only be a new sombre memory for his wife and her son? 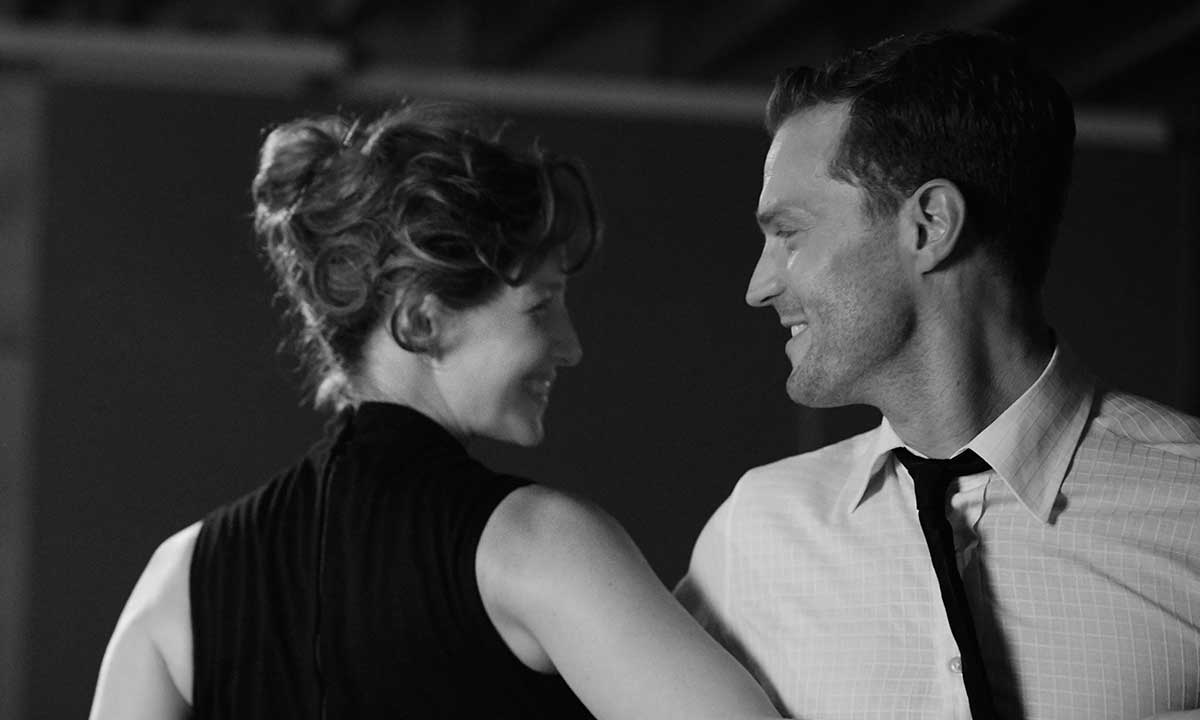 Kenneth Branagh (Murder on the Orient Express) draws on his own experiences to tell a story of a young boy living in Belfast in the late 1960s.

“Belfast” is both an idyllic snapshot of a tight-knit family and a film about the decision to leave or stay in one’s hometown, told through the story of a boy coming to terms with the fact that life is as unpredictable as that violent day that changed everything. 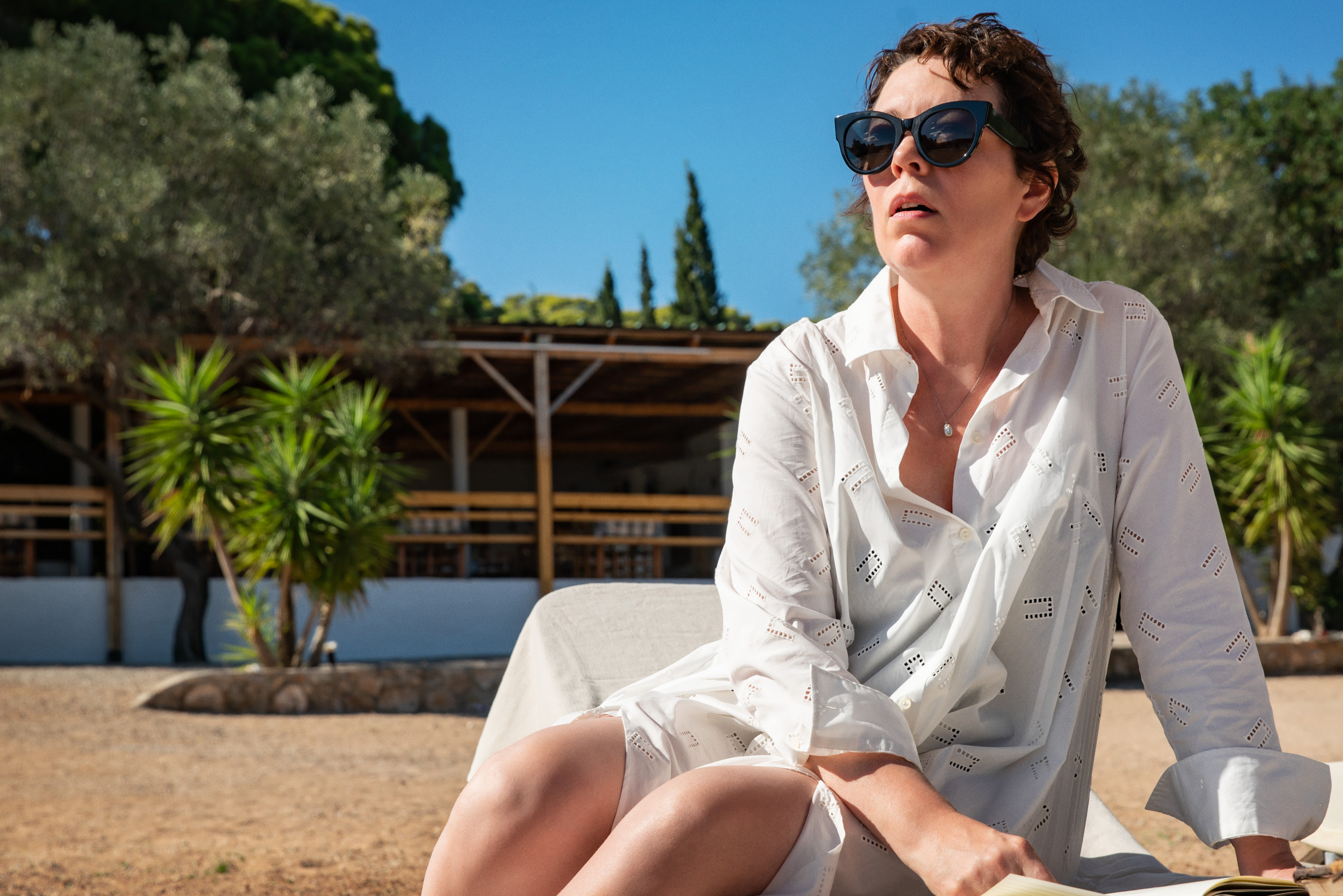 It's a psychologically complex story that focuses on a middle-aged divorcee called Leda, who decides to spend a summer on her own in an Italian seaside town after her children leave her to live with their father in Canada.

During her holiday, she comes across a loud young family, and becomes consumed by the mother, Nina, and the relationship she has with her own daughter.

After the child's doll goes missing, Leda is "overwhelmed by memories of the difficult and unconventional choices she made as a mother and their consequences for herself and her family". 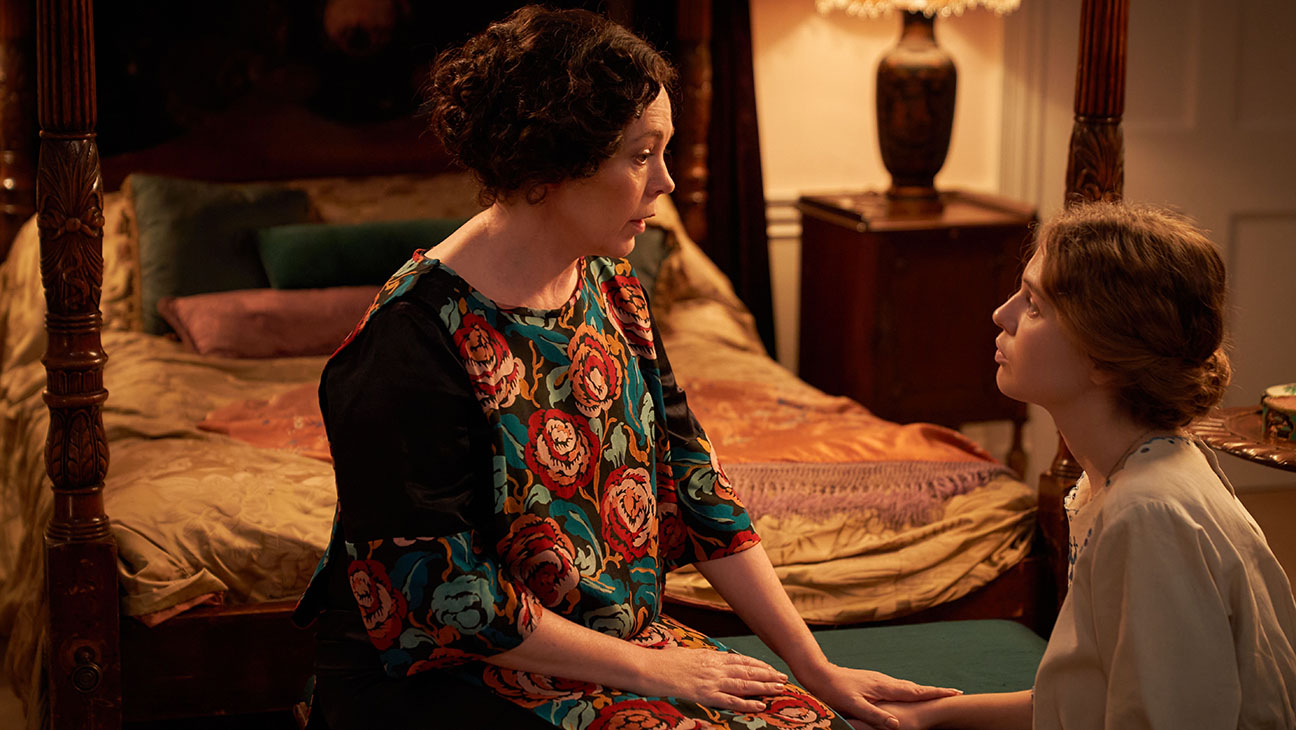 Set over a day in 1924, the story follows Jane Fairchild, a maid in the Niven household, who has the day off to celebrate Mothering Sunday Jane rejoices at her freedom on an unseasonably hot, beautiful spring day.

But, she has no mother to go to. For almost seven years she has – joyfully and without shame – been Paul’s lover. Like the Nivens, Paul belongs to England’s old money aristocracy, whereas Jane was orphaned at birth.

With the house conveniently empty, they can finally meet in Paul’s bedroom for the first time. Today will be their last as lovers. It is also the day that will mark the beginning of Jane’s transformation as the story unfolds through the hours of clandestine passion. 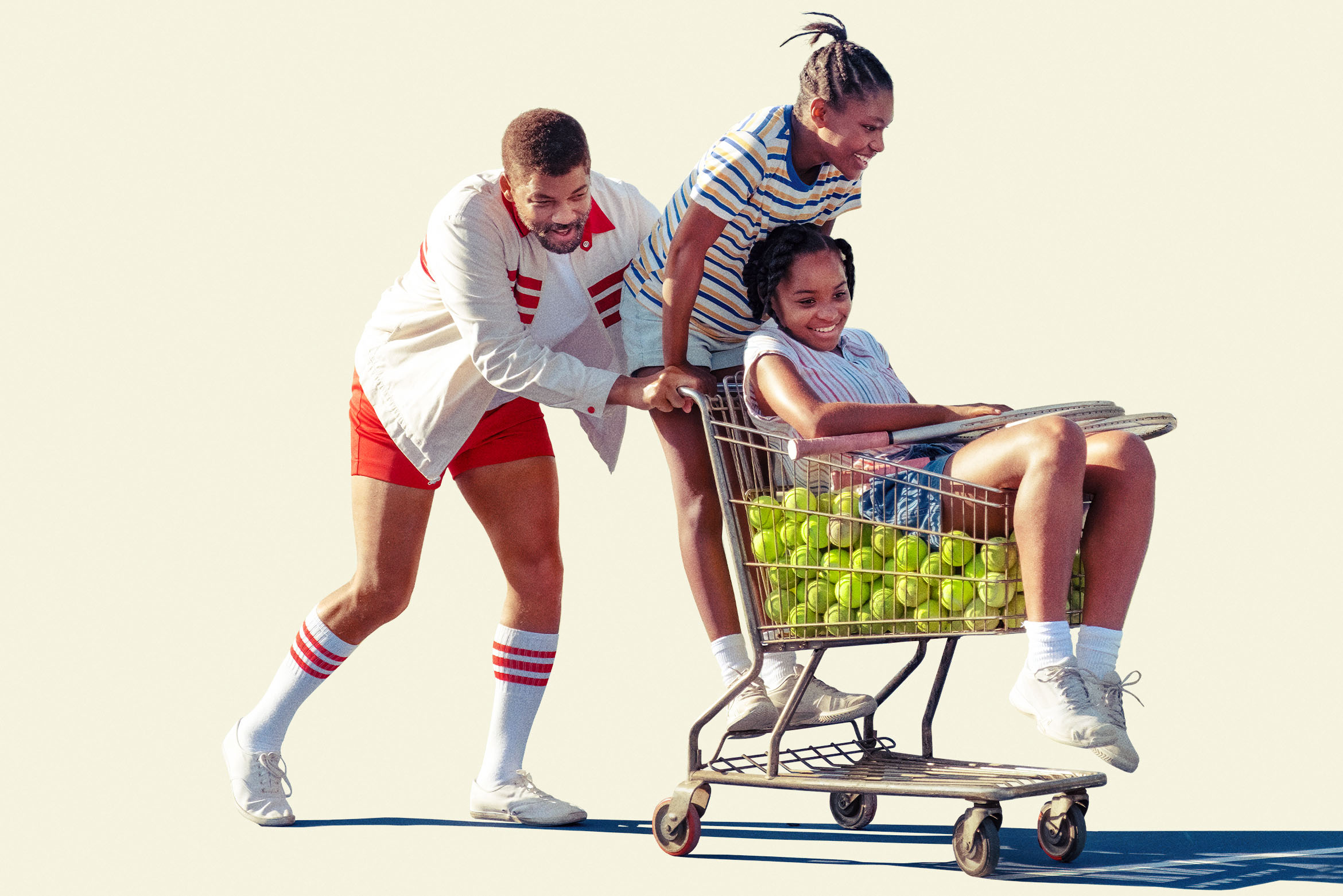 Will Smith delivers one of his best performances as the ambitious father of two sporting prodigies in this rousing, hugely enjoyable biopic.

The vast majority of sports movies are about exceptional talent. “King Richard” is about exceptional belief: the conviction of one man, Richard Williams, that he could turn his daughters Venus and Serena into the world’s greatest tennis players.

It’s a plan he hatched — together with wife/queen Brandi — even before the girls were born and put down in a 78-page manifesto, nearly all of which has come true (or so the film informs us over the end credits).

Hindsight makes this a story worth telling. At the time, everyone thought he was crazy. “It’s like asking someone to believe you have the next two Mozarts living in your house,” says one coach, passing up the opportunity of a lifetime. 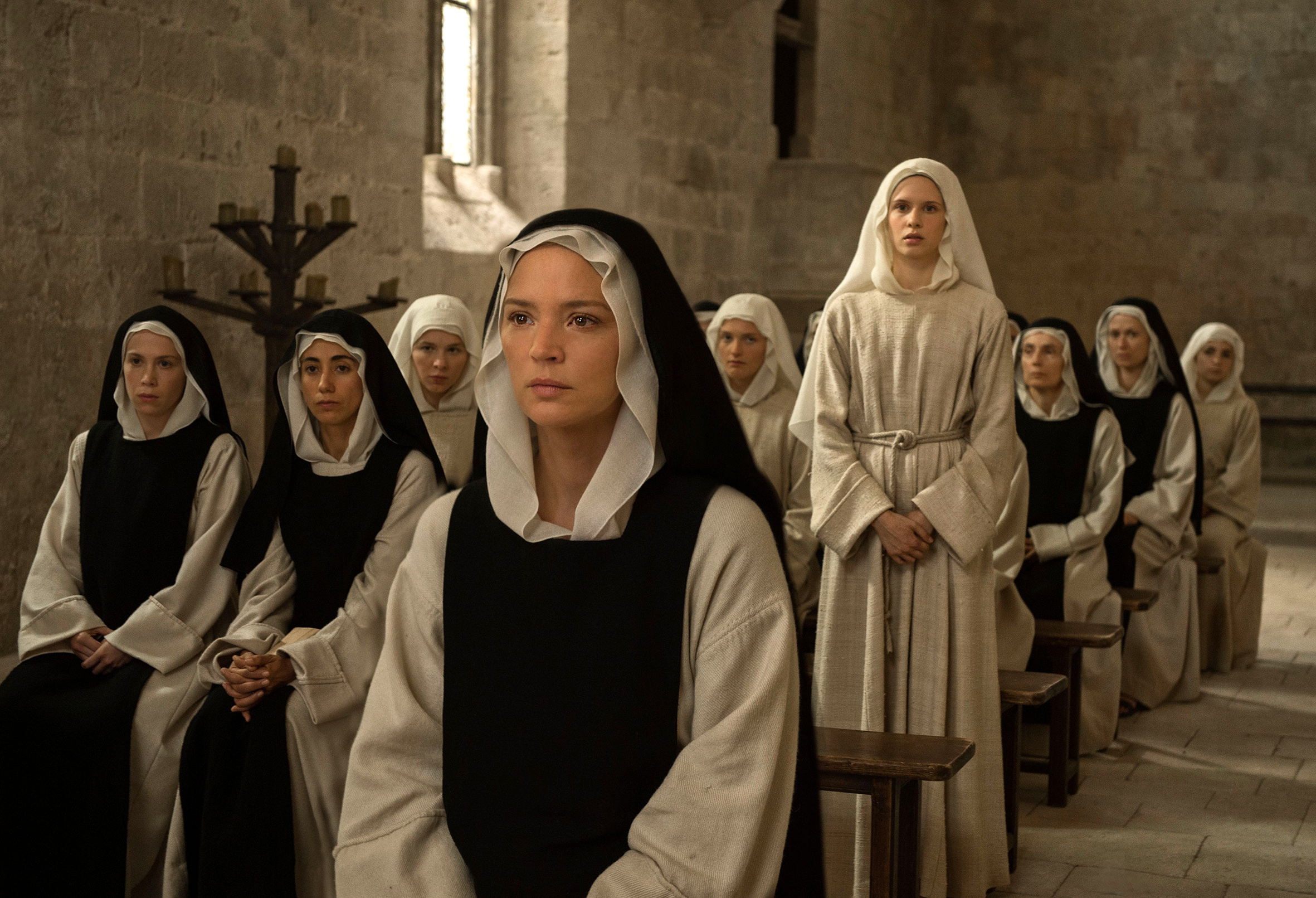 Inspired by the life of Benedetta Carlini, a 17th century Italian nun who claimed she had visions of Jesus, was chastised for being a lesbian, and then managed to shrewdly obtain saint status in her Tuscan city of Pescia, the story, inspired by a real one, has all the elements of a vintage Verhoeven brew: sex, violence, betrayals, moral ambiguity, religious hypocrisy. 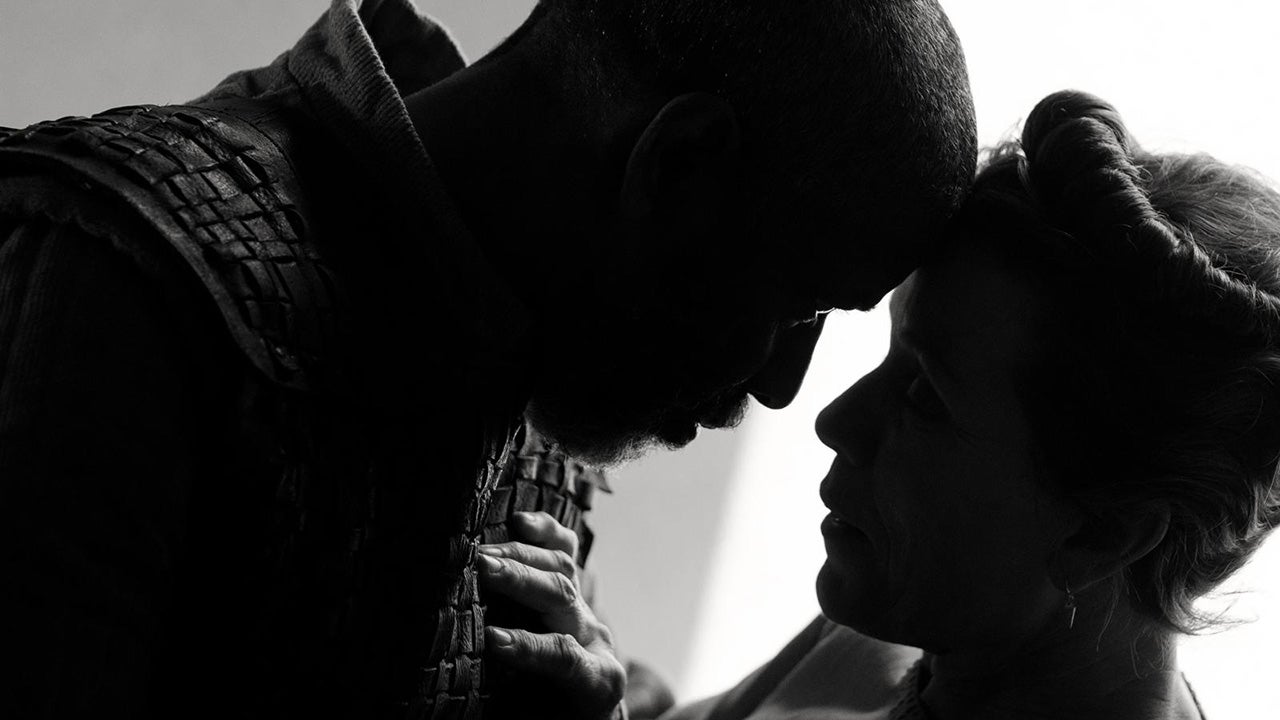 A bold and fierce adaptation of Shakespeare’s classic, a tale of murder, madness, ambition, and wrathful cunning.

The Scottish Play is an anguished film that stares, mouth agape, at a sorrowful world undone by blind greed and thoughtless ambition.

In meticulously world-weary performances, a strikingly inward Denzel Washington is the man who would be king, and an effortlessly Machiavellian Frances McDormand is his Lady, a couple driven to political assassination — and deranged by guilt — after the cunning prognostications of a trio of ‘weird sisters’ (a virtuoso physical inhabitation by Kathryn Hunter).

Are you looking for a unique event to bring your clients to? A day that will go down in memory and stand you out amongst you competitors. Look no further.

Are you looking for some truly memorable event then we can help. We are delighted to to partner with The Gordan Ramsey Group. guests can enjoy a pre-event drinks and canapes reception, then on to the red carpet for a film premiere followed by an evening of entertainment. Prices from just £300 per person. See our brochure below: 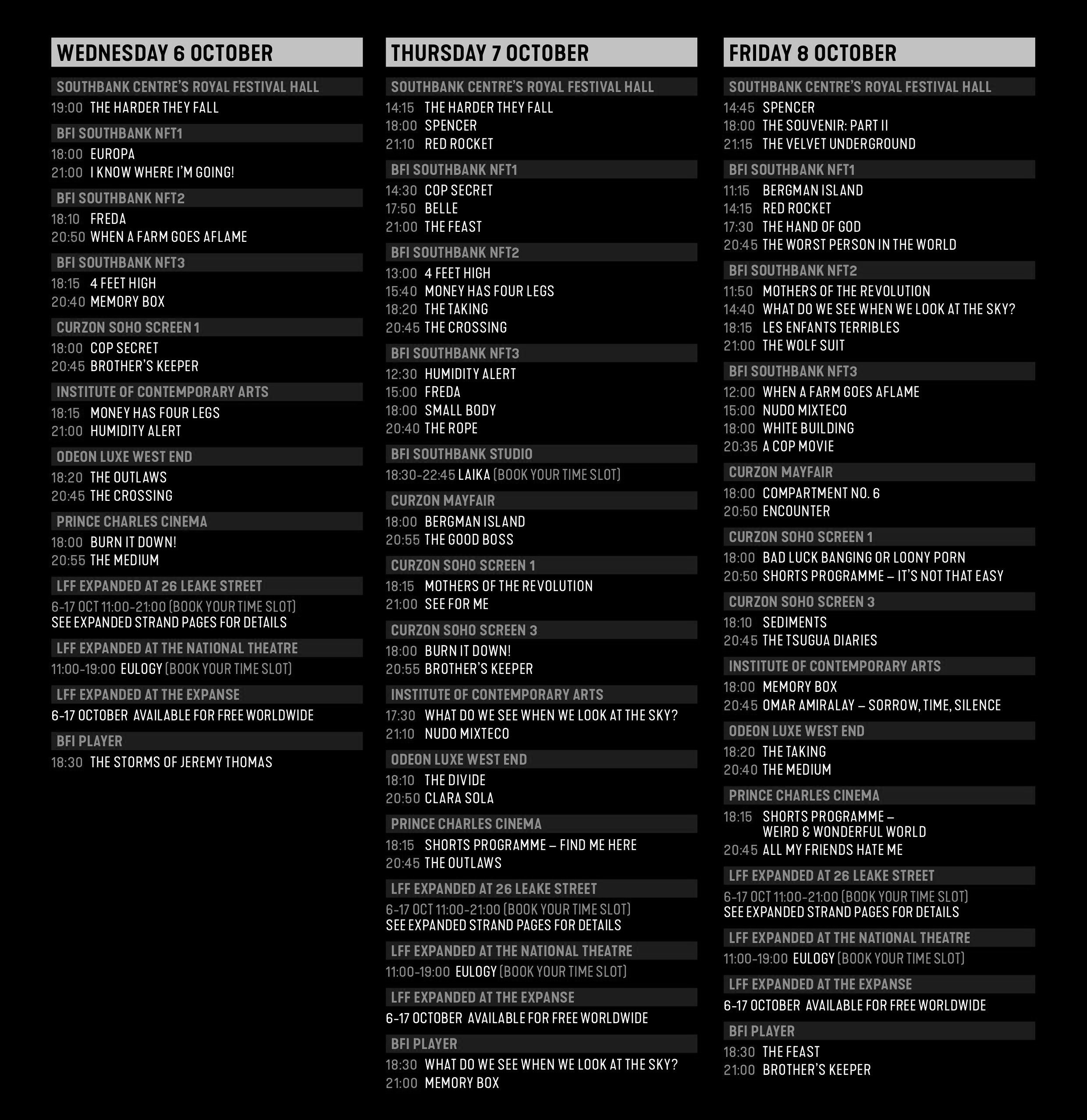 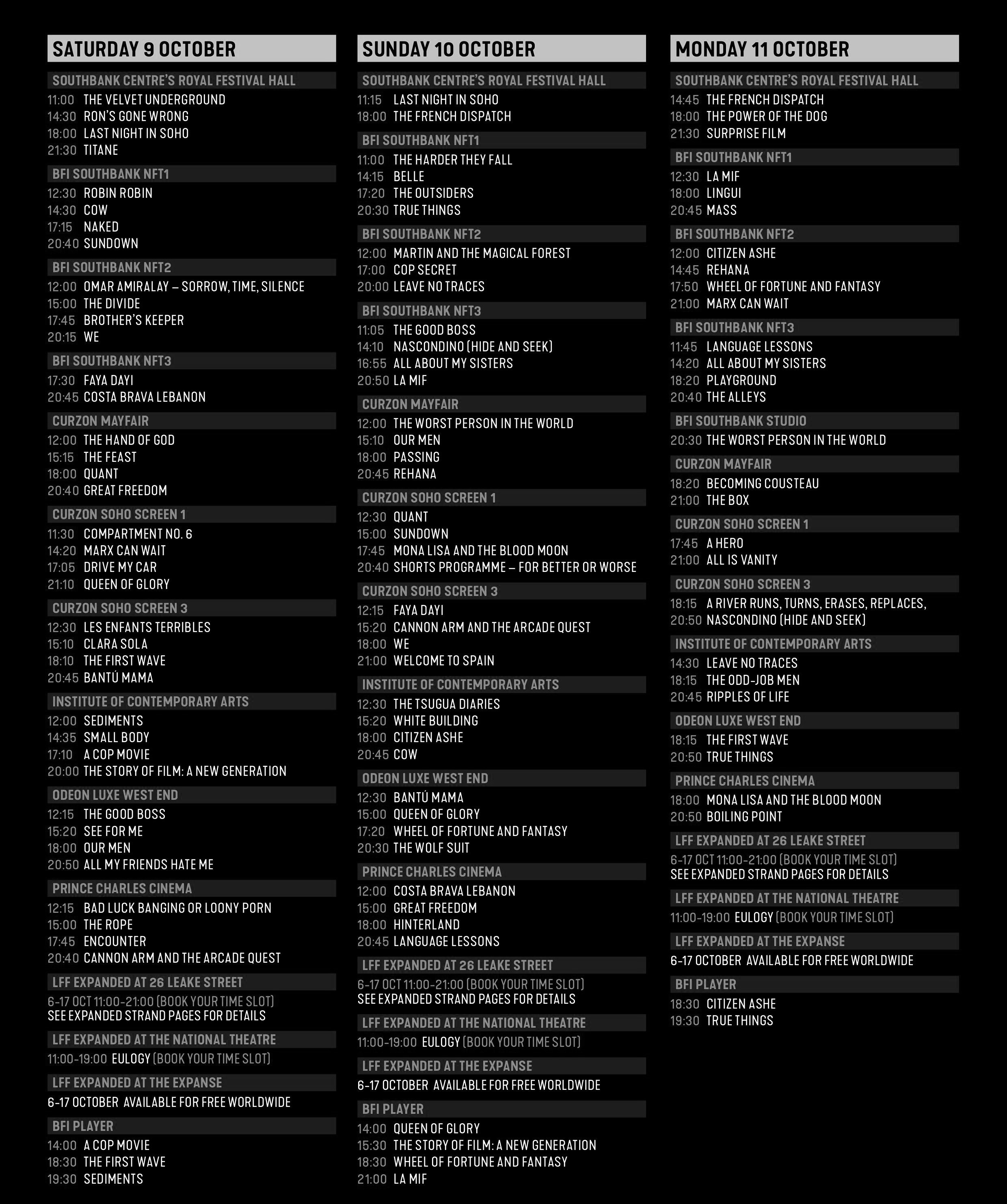 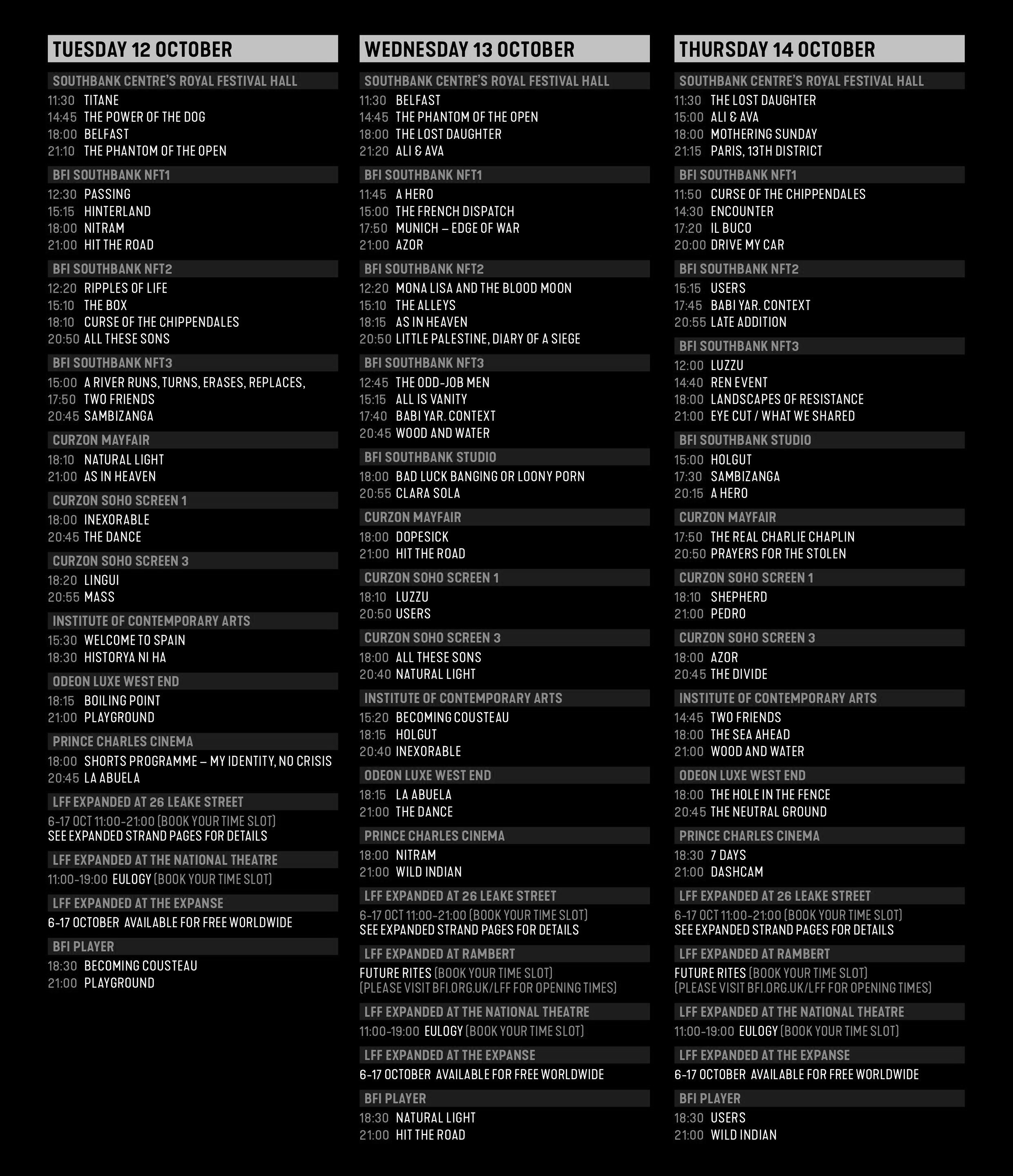 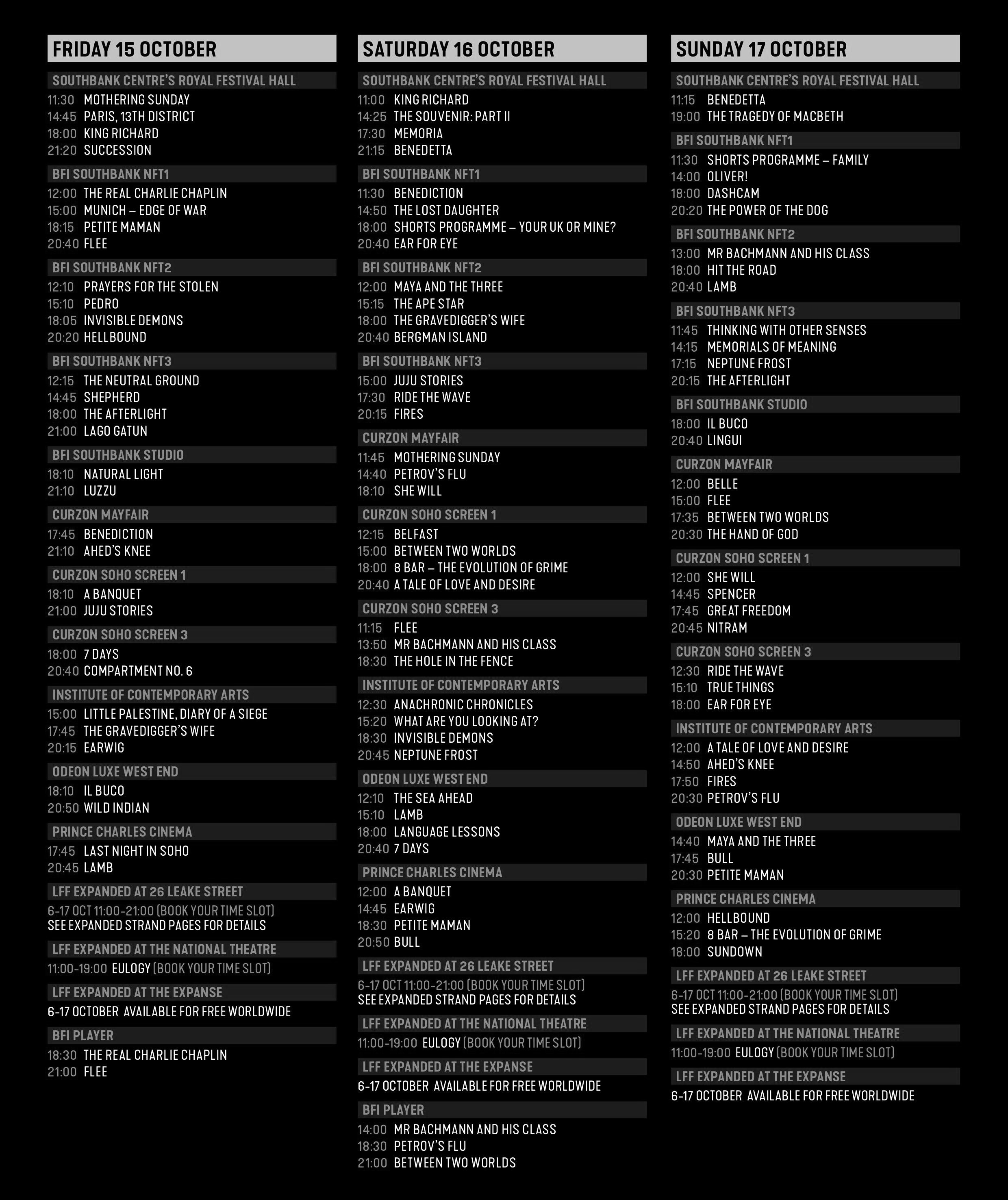 Repeatedly voted the best concierge in the world for both personal and business clients, our multi-award winning team do it better than anyone else, 24 hours a day, 365 days a year, in every corner of the world.

With articles loaded each day - you can be the first to hear the London Film Festival news or be offered exclusive tickets and VIP access through our App.
And it's free to download. Search Sincura in your App Store.

We are very proud of the Sincura Tickets service – we now supply tickets to over 180 hotel concierges, businesses, credit card companies, and private and corporate clients both in the UK and Worldwide.

We continue to lead the industry with service and access to tickets - and are unbeatable on prices as we are the primary market.

But don't take our word for it - read some of our feedback below from our clients.