Our award-winning team has over 50 years combined experience, and we are officially appointed to represent the leading venues, teams and events which include being selected as the VIP ticket partner for the London Olympics 2012 and the Rugby World Cup 2015.

Enjoy our premium film services on the go with the latest red carpet news, premiere tickets, offers, and a global concierge in your pocket with the Sincura Concierge App.

Imagine walking the red carpet at film premieres, rubbing shoulders with celebrities, attending the most exclusive after-parties or sitting on a private yacht at Cannes Film Festival.

With our unique relationship with the movie world, we are better positioned than anyone to ensure you can do just that.

The following premieres have now been confirmed:

Synopsis: Still dominating the boxing world, Adonis Creed is thriving in his career and family life. When Damian, a childhood friend and former boxing prodigy resurfaces after serving time in prison, he's eager to prove that he deserves his shot in the ring. The face-off between former friends is more than just a fight. To settle the score, Adonis must put his future on the line to battle Damian -- a fighter who has nothing to lose. 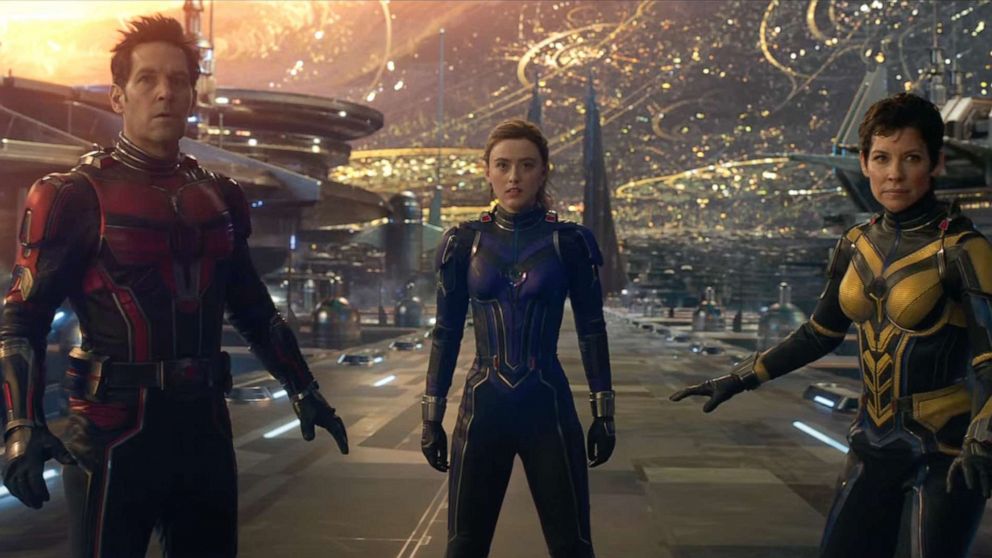 Synopsis: Scott Lang and Hope Van Dyne, along with Hank Pym and Janet Van Dyne, explore the Quantum Realm, where they interact with strange creatures and embark on an adventure that goes beyond the limits of what they thought was possible.

Synopsis: A charming thief and a band of unlikely adventurers embark on an epic quest to retrieve a long lost relic, but their charming adventure goes dangerously awry when they run afoul of the wrong people. 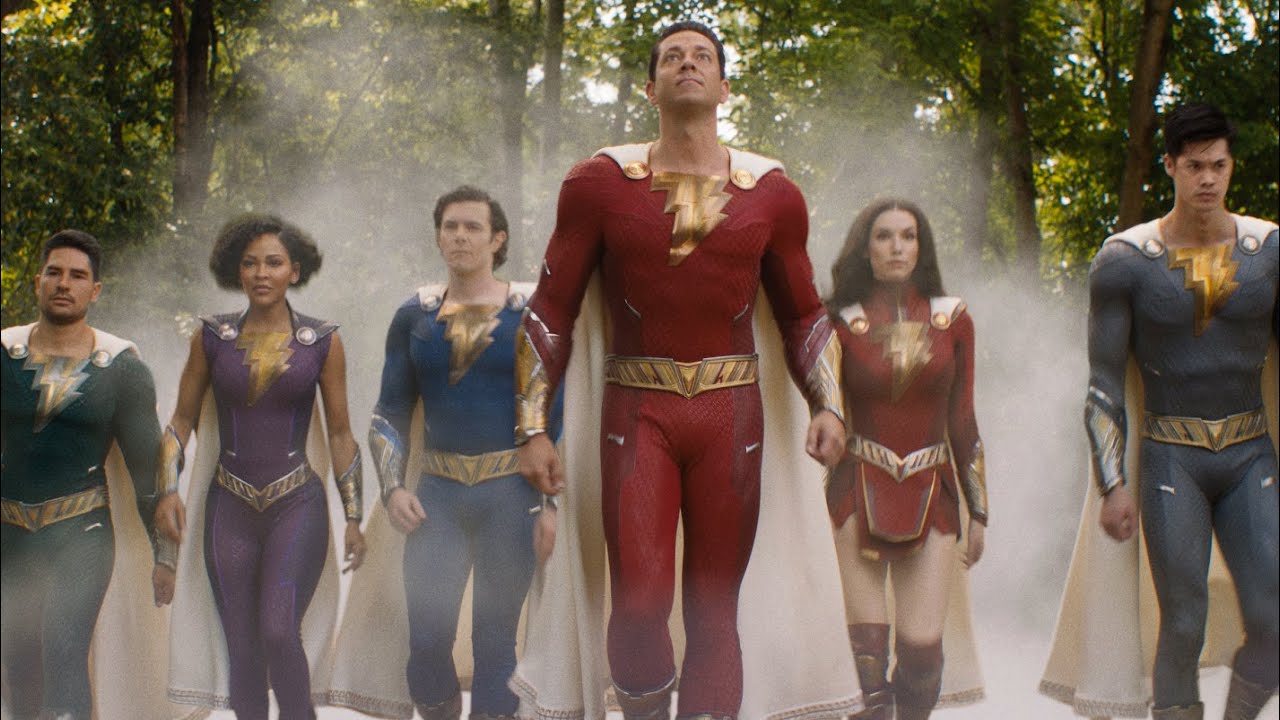 SHAZAM! FURY OF THE GODS - PREMIERE

Synopsis: The film continues the story of teenage Billy Batson who, upon reciting the magic word "SHAZAM!" is transformed into his adult Super Hero alter ego, Shazam. Shazam takes on the villainous Hespera and Kalypso, daughters of the Greek titan Atlas. 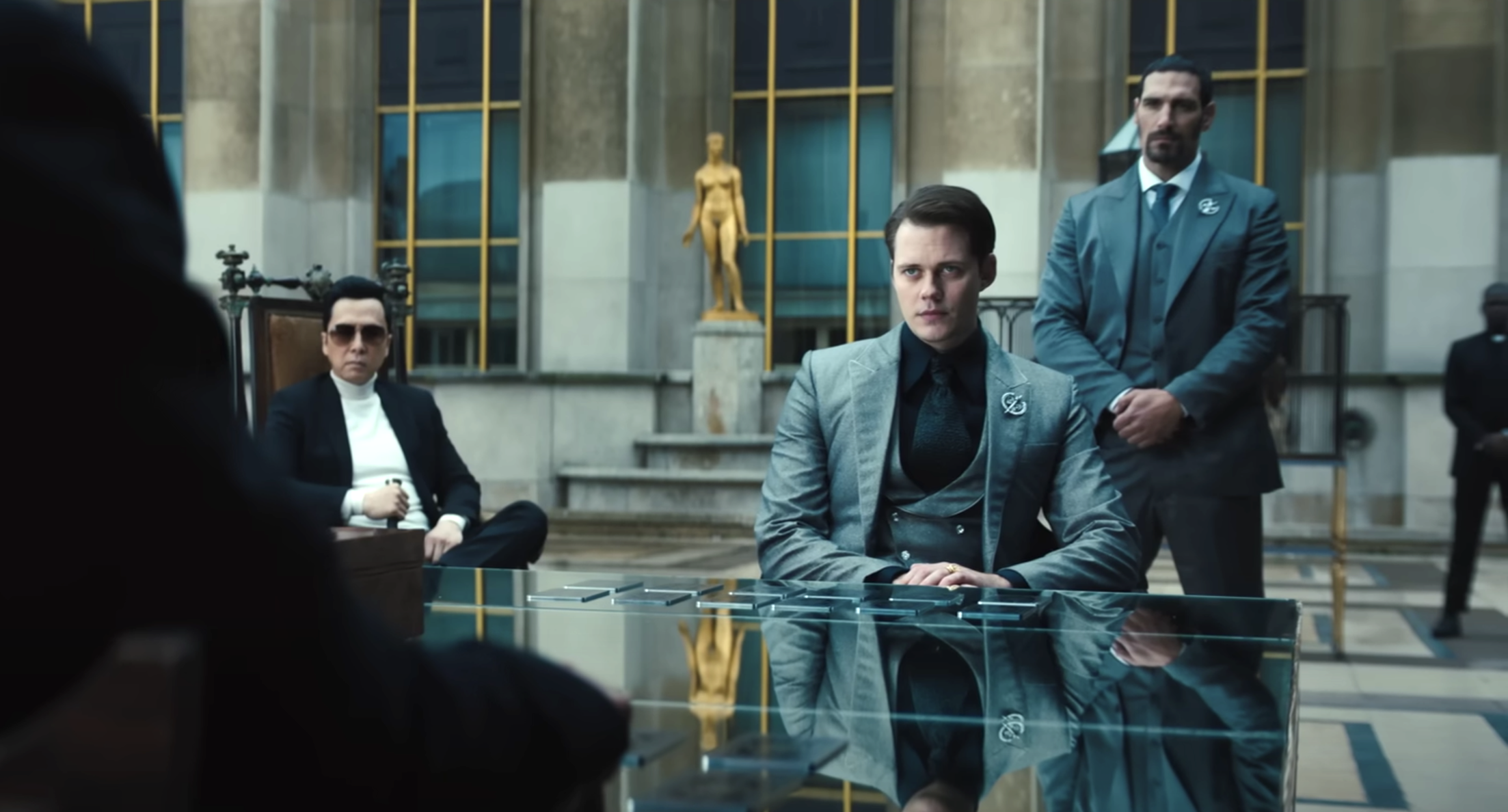 In the new trailer, Wick must challenge Bill Skarsgård’s chilling villain, the Marquis de Gramont, to single combat in order to win his freedom. Wick prepares for the showdown like it’s his last-ever fight, complete with a brand new suit and guns — a whole lot of them. We then see Wick do what he does best: killing people in flashy, jaw-dropping ways. The trailer shows him riding a horse in the desert while shooting at people, bashing a man’s head with nun chucks repeatedly, hacking a man apart with an axe in a nightclub and engaging in a close-quarters, gun-and-sword fight with Donnie Yen’s character.

Synopsis: A plumber named Mario travels through an underground labyrinth with his brother, Luigi, trying to save a captured princess. 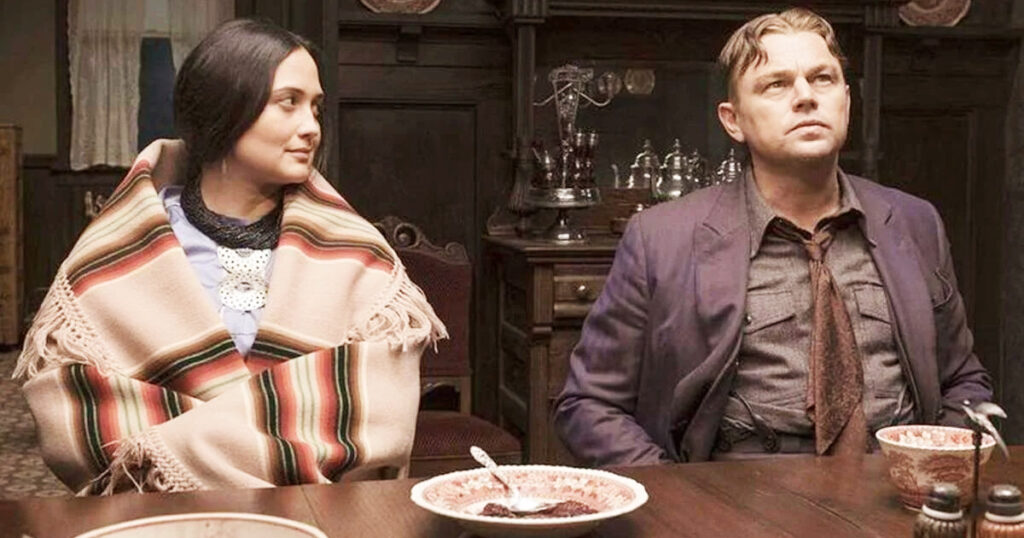 KILLERS OF THE FLOWER MOON - PREMIERE

Film releases in May 2023 | Location TBC

Synopsis: Members of the Osage tribe in the United States are murdered under mysterious circumstances in the 1920s sparking a major F.B.I. investigation involving J. Edgar Hoover. 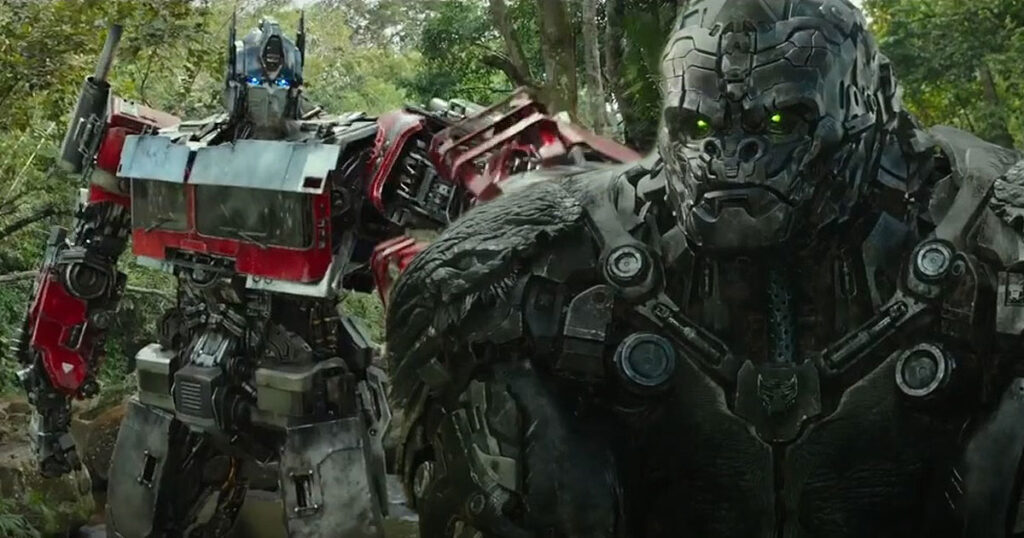 TRANSFORMERS: RISE OF THE BEASTS - PREMIERE

Synopsis: During the 1990s, the Maximals, Predacons and Terrorcons join the existing battle on Earth between Autobots and Decepticons. 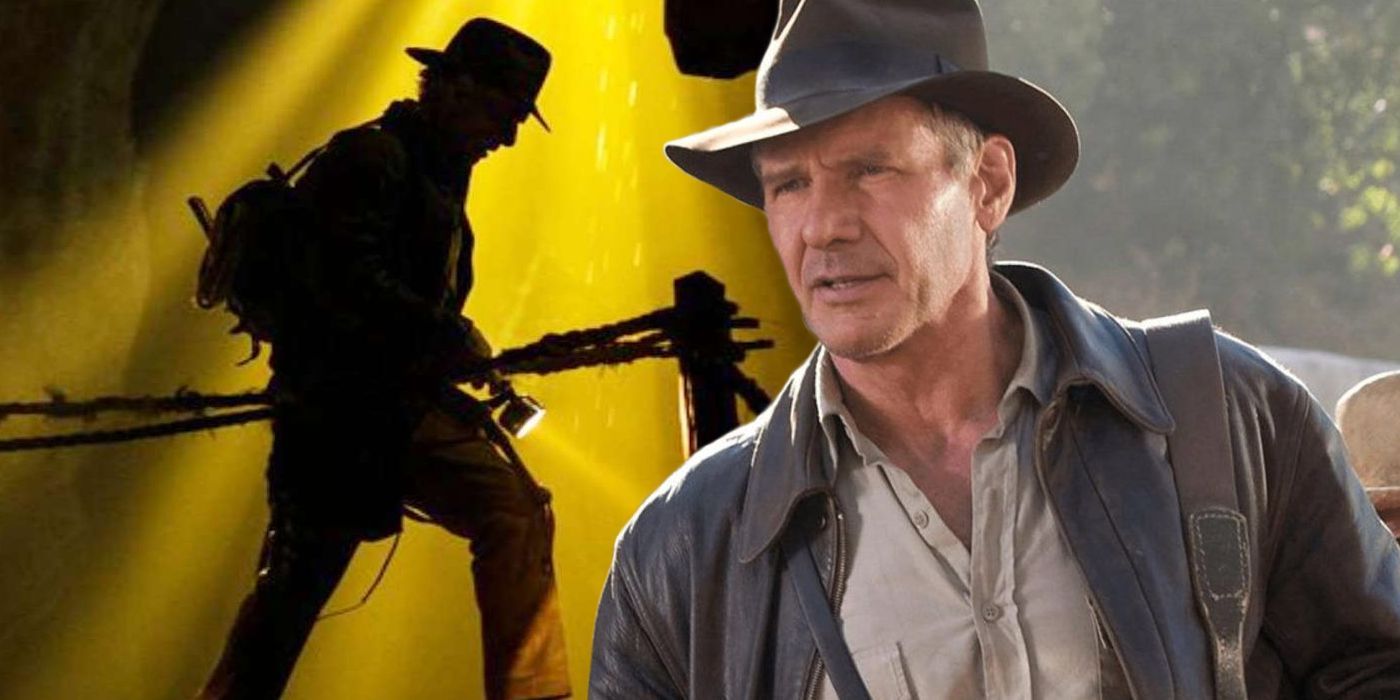 INDIANA JONES AND THE DIAL OF DESTINY - PREMIERE

ndiana Jones and the Dial of Destiny is an upcoming American action adventure film starring Harrison Ford as archaeologist Indiana Jones in the fifth installment of the Indiana Jones film series. The film is directed by James Mangold, who co-wrote the script with Jez Butterworth and John-Henry Butterworth.

The Sincura Group are one of the largest producers of film events and after-parties.

We manage the stars, support film charities and hold unrivalled contacts within the industry allowing us to offer access that no one else can.

Read some of the latest news below

We are delighted to announced the schedule for the BFI London Film Festival. All members receive complimentary tickets. Explore the schedule below

Stuck in limbo awaiting the arrival of your favourite movies? We have rounded up all the upcoming scheduled release dates. Contact usfor more information and premiere dates and packages - please note we usually have exact dates of premieres 2-4 weeks before the release date.

🎬 13th January 2023 - TÁR
Renowned musician Lydia Tár is days away from recording the symphony that will elevate her career. When all elements seem to conspire against her, Lydia's adopted daughter Petra becomes an integral emotional support for her struggling mother.

🎬 27th January 2023 - PLANE
Pilot Brodie Torrance saves passengers from a lightning strike by making a risky landing on a war-torn island -- only to find that surviving the landing was just the beginning. When dangerous rebels take most of the passengers hostage, the only person Torrance can count on for help is Louis Gaspare, an accused murderer who was being transported by the FBI.

🎬 17th February 2023 - ANT-MAN AND THE WASP QUANTUMANIA
Ant-Man and the Wasp find themselves exploring the Quantum Realm, interacting with strange new creatures and embarking on an adventure that pushes them beyond the limits of what they thought was possible.

🎬 3rd March 2023 - CREED 3
Still dominating the boxing world, Adonis Creed is thriving in his career and family life. When Damian, a childhood friend and former boxing prodigy resurfaces after serving time in prison, he's eager to prove that he deserves his shot in the ring. The face-off between former friends is more than just a fight. To settle the score, Adonis must put his future on the line to battle Damian -- a fighter who has nothing to lose.

🎬 3rd March 2023 - DUNGEONS & DRAGONS: HONOR AMONG THIEVES
A charming thief and a band of unlikely adventurers embark on an epic quest to retrieve a long lost relic, but their charming adventure goes dangerously awry when they run afoul of the wrong people.

🎬 17th March 2023 - SHAZAM! FURY OF THE GODS
In 2019, DC comic book origin story Shazam emerged as a delightful surprise. Asher Angel delivered a star-making turn as the young orphan teen who finds he can transform into a superhero, played with exuberance and verve by Zachary Levi. There isn't much word on the sequel so far, but the cast and director David F. Sandberg are all set to return.

🎬 24th March 2023 - JOHN WICK CHAPTER 4
John Wick, a retired hitman, is forced to return to his old ways after a group of Russian gangsters steal his car and kill a puppy gifted to him by his late wife.

🎬 31st March 2023 - THE SUPER MARIO BROS.
A plumber named Mario travels through an underground labyrinth with his brother, Luigi, trying to save a captured princess.

🎬 May 2023 - KILLERS OF THE FLOWER MOON
Members of the oil-wealthy Osage Nation are murdered under mysterious circumstances in the 1920s.

🎬 19th May 2023 - FAST X
Fast X is an upcoming American action film directed by Louis Leterrier and written by Justin Lin and Dan Mazeau. It is the sequel to F9, serving as the tenth main installment, and the eleventh full-length film in the Fast & Furious franchise.

🎬 9th June 2023 - TRANSFORMERS: RISE OF THE BEASTS
During the 1990s, the Maximals, Predacons and Terrorcons join the existing battle on Earth between Autobots and Decepticons.

🎬 23rd June 2023 - THE FLASH
The Flash travels through time to prevent the murder of his mother, but unwittingly causes changes that result in the creation of a multiverse.

🎬 21st July 2023 - OPPENHEIMER
Physicist J Robert Oppenheimer works with a team of scientists during the Manhattan Project, leading to the development of the atomic bomb.

🎬 21st July 2023 - BARBIE
After being expelled from Barbieland for being a less than perfect-looking doll, Barbie sets off for the human world to find true happiness.

🎬 1st September 2023 - THE EQUALIZER 3
The Equalizer 3 is an upcoming American vigilante action film directed by Antoine Fuqua. It is the sequel to the 2018 film The Equalizer 2, which was based on the TV series of the same name. The film stars Denzel Washington and Dakota Fanning, reuniting on-screen for the first time since 2004's Man on Fire.

🎬 22nd September 2023 - EXPENDABLES 4
Armed with every weapon they can get their hands on, the Expendables are the world's last line of defense and the team that gets called when all other options are off the table.

🎬 3rd November 2023 - DUNE: PART TWO
Paul Atreides unites with Chani and the Fremen while seeking revenge against the conspirators who destroyed his family. Facing a choice between the love of his life and the fate of the universe, he must prevent a terrible future only he can foresee.

🎬 17th November 2023 - THE HUNGER GAMES: THE BALLAD OF SONGBIRDS AND SNAKES
Years before he becomes the tyrannical president of Panem, 18-year-old Coriolanus Snow sees a chance for a change in fortunes when he mentors Lucy Gray Baird, the female tribute from District 12.

🎬 15th December 2023 - WONKA
The story focuses on a young Willy Wonka and how he met the Oompa-Loompas on one of his earliest adventures.

🎬 29th December 2023 - AQUAMAN AND THE LOST KINGDOM
Aquaman forges an uneasy alliance with an unlikely ally in a bid to save Atlantis and the rest of the planet.

Repeatedly voted the best concierge in the world for both personal and business clients, our multi award-winning team do it better than anyone else, 24 hours a day, 365 days a year, in every corner of the world.

DOWNLOAD THE SINCURA APP
FOR ALL THE LATEST FILM NEWS, TICKETS AND OFFERS

With articles loaded each day - you can be the first to hear the latest film premier news or be offered exclusive tickets and VIP access through our App.
And it's free to download. Search Sincura in your App Store.

But don't take our word for it - read the feedback from clients.